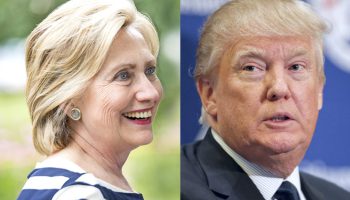 Late last week Clint Curtis, the attorney representing a nonprofit election integrity group, officially filed suit in Florida to try to force a recount for the 2016 presidential election in the state – a development which was initially reported on by Palmer Report four days ago, and has since also been belatedly covered by the likes of Time Magazine and USA Today. In the latest development, the attorney is seeking affidavits from Hillary Clinton voters in Florida who experienced or witnessed any sort of trouble which could help build his case.

In a publicly publicly visible Facebook post, Ulf Erlingsson shared the following details and call to action in Florida:

The recount team welcomes affidavits from voters who have an experience to tell from the Nov 8th election:
CALLING for Clinton voters in FLORIDA: We need you!

Clint Curtis, Atty at Law, has filed the motion for a recount last night in Tallahassee.

*In Florida there are basically 4 different grounds for a recount. The brief covers most, if not all of them. There would need to be bribery of an official, misconduct complaints like being turned away at the polls illegitimately, machine malfunction, evidence of hacking, etc… that could potentially effect the outcome of the race. We lost in Florida by 119,000 votes.

** We need to gather at least 120,000 (preferably more) signed affidavits (personal accounts that are notarized) that we could present as evidence.

*** If you are someone who was either turned away at the polls, sent to varying polling locations and were never able to vote, had an experience of being obstructed in any way from voting (traffic jams, etc..) or any other things that occurred that effected your ability to vote that were suspect, or if you were a poll worker or observer and noted something that caught your suspicion that could indicate election fraud or hacking, please follow the simple instructions below:

1) Write a short personal statement about what you experienced.

2) Have it notarized immediately. If you can’t afford a notary, often times the major banks will do it for free if you have an account with them. Otherwise, email us at law@clintcurtis.com for alternative means

3) Have your notarized copy of your statement scanned and emailed to law@clintcurtis.com no later than 12/13/16
Please share widely.

Meanwhile in other states, three other recounts are also in play. The Wisconsin recount is already well underway, with numerous problems uncovered in Waukesha County. The Michigan recount just began yesterday afternoon. Jill Stein is also filing in federal court to try to force a Pennsylvania recount.