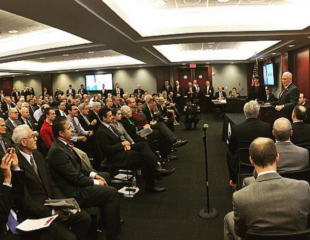 More than 50 Electoral College members who voted for Donald Trump were ineligible to serve as presidential electors because they did not live in the congressional districts they represented or held elective office in states legally barring dual officeholders. That … END_OF_DOCUMENT_TOKEN_TO_BE_REPLACED 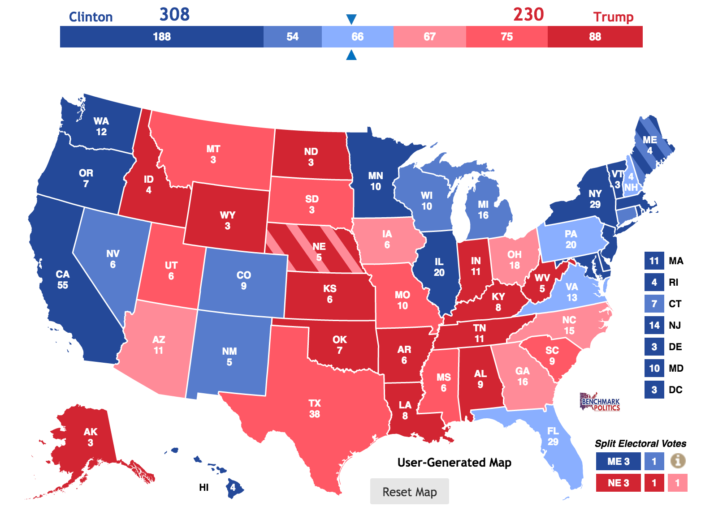 Some post-RNC national polls show Trump leading or tied with Hillary Clinton. A new electoral projection shows that Clinton still has the long-term advantage. This is a volatile time when it comes to public opinion polling. A CNN/ORC survey released early … END_OF_DOCUMENT_TOKEN_TO_BE_REPLACED

May 8, 2013- Mark Sanford’s comeback bid was never so audacious as America’s political gossip columnists would have us believe.

Yes, the conservative Republican once boomed as a presidential prospect, before drawing national headlines in 2009 when it turned out that he had not gone missing on the Appalachian Trail but had instead snuck off to visit a woman friend in Buenos Aires. Yes, revelations about the affair led to his resignation as chairman of the Republican Governors Association, to his being censured by the South Carolina General Assembly after a State Ethics Commission investigation into allegations that he had misused state travel funds and to his divorce from a popular South Carolina politico.

April 5, 2013- Attorney General Eric Holder has a solid record on voting rights, and he’s criticized Republican state lawmaker’s efforts to restrict the franchise in the past — at one point comparing voter ID laws to an unconstitutional poll tax. At a speech in New York yesterday, Holder added a new line to his previous attacks on voter suppression, suggesting that DOJ will respond with legal action if any Republican state lawmakers move forward with their proposals to rig the Electoral College:

By a 1,370-132 margin at the party convention in Lansing, GOP members approved a resolution backing a proposal from Rep. Pete Lund, R-Shelby Township, to divvy-up 14 of the state's 16 electoral votes according to which candidate got the most votes in each congressional district. The other two would go to the state-wide vote total winner.

That switch from a winner-take-all formula that has been in effect 175 years could water down the dominance Democrats have had in Michigan in presidential elections for the last 24 years.

Critics say the plan would have given Mitt Romney nine of Michigan's 16 electoral votes last year, although he lost by more than 500,00 votes to President Barack Obama state-wide. With the win, Obama captured all 16 Michigan electoral votes.

January 29, 2013- Can anyone sue to stop an effort to change how electoral votes are allocated in swing states? Lyle Denniston examines the constitutional arguments about a contentious issue.

The statement at issue:

“We have been documenting…what appears to be a coordinated effort by Republicans in a number of key states to change the rules for electing a president. To change the rules so essentially Democrats running for president cannot win….Virginia Republicans are using the same maps they have gerrymandered for a permanent Republican advantage at the state level to also distribute Virginia’s Electoral College votes when it comes to voting for president….The action in Virginia is the first of its kind in the nation. What we have been covering is Republicans making noises about doing this across the country wherever they can…not just in Virginia, but in Wisconsin and Michigan and Ohio and Pennsylvania.”