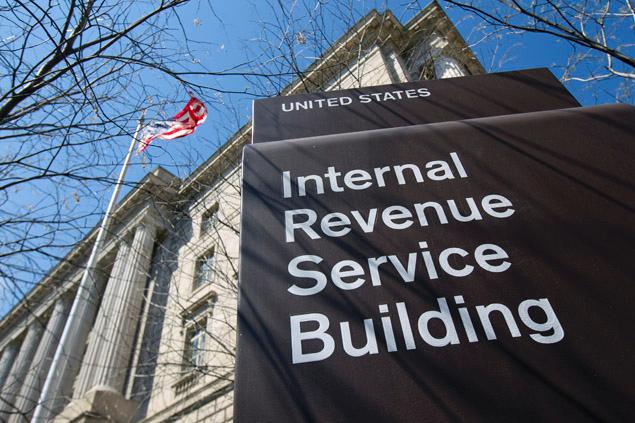 When Republicans won control of the U.S. Senate in November, they could thank dozens of conservative “dark money” nonprofit groups for spending nearly $130 million to boost their preferred candidates or bash their political enemies.

Those nonprofit groups, including many that enjoy a preferred tax status because they purport to be focused on “social welfare,” are barred from engaging in electoral politics as their primary activity.

But the Internal Revenue Service (IRS), which is charged with policing the groups, almost never audits them to see if they’re spending too much money on politics, according to new information obtained by the Center for Public Integrity. The IRS told the Center that it has only begun auditing 26 organizations specifically for political activity since 2010. That represents a tiny fraction of the more than 1 million nonprofits regulated by the agency.

More than 100 nonprofit groups have directly involved themselves in elections during recent years, some spending into the tens of millions of dollars. The rest — largely charities that are generally prohibited from campaigning for politicians — are seldom monitored to ensure they follow federal law.

The situation leaves the groups largely free to operate as political committees without fear of reprisal.

Their involvement in politics, meanwhile, has accelerated since 2010, when the Supreme Court’s Citizens United v. Federal Election Commission decision ushered in unprecedented election spending by nonprofit organizations that don’t disclose their donors.

Click here to read the Center for Public Integrity version of this story.

The lack of IRS oversight and enforcement stems from a confluence of factors — fewer employees are devoted to nonprofits at a time when the number of “dark money” groups applying for tax exempt status has skyrocketed, and the agency meantime has failed to clarify the rules surrounding political activity.

Internal IRS documents also show declines in the number of IRS employees investigating nonprofit groups and the number of employees who approve organizations’ application for nonprofit status, which allows the groups to avoid paying certain taxes.

“The IRS is not doing its job,” Sen. Bill Nelson, D-Fla., told the Center for Public Integrity. “There have been not only some obvious abuses of the tax exemption by some of these so-called social welfare groups, but I think some pretty flagrant ones.”

Help is not on the way. President Barack Obama last month signed into law a bill that chops the IRS’ annual budget by $345.6 million — reducing agency funding to 2008 levels.

“The number of taxpayers keeps going up and the resources are down,” he said in an interview. “We are leaving billions of dollars uncollected because we do not have enough” employees.

The new information about the IRS’ internal resources comes in the agency’s response to a Freedom of Information Act request filed in December 2013 by the Center for Public Integrity.

It follows an investigation the Center for Public Integrity published in July that found Congress has systematically weakened the IRS’ exempt organizations division in recent years, leading to the IRS all but quitting its regulation of politically active nonprofit groups. The agency’s enforcement capabilities were further degraded because of political fallout from some employees’ decisions to delay approval of conservative groups’ applications for nonprofit status.

“The aftershocks from the political targeting scandal certainly don’t facilitate prompt solutions,” said Mark Everson, a former IRS commissioner appointed by President George W. Bush. “I would imagine there is a real slowdown getting issues resolved because there is a tendency on the part of employees to make sure they aren’t causing new problems.”

Cheryl Chasin, who worked for 32 years until 2010 in the IRS’ exempt organizations division, which oversees nonprofits, went further: “Anybody who at this point stuck their neck out [by delving into political spending] … would be slapped so hard and so fast they would bounce.”

Politically active nonprofits are simply “not afraid of the IRS or anybody else on this matter,” said Paul Streckfus, a former exempt organizations division employee who now edits a trade journal focusing on nonprofits. “Anything goes as far as spending” by these groups.

It’s not that investigators can’t look at the issue: Auditors are empowered to probe groups for suspected political transgressions during the course of other audits, an agency spokesman said. The number of those audits, however, isn’t tracked.

The number of employees responsible for investigating nonprofits in the IRS exempt organizations division has dropped 9 percent from fiscal year 2010 through fiscal year 2013 — from 538 to 489.

There has also been a 16 percent decline in “determinations” employees — workers who process applications for nonprofit status. Their numbers fell from 297 in fiscal year 2009 to 248 in fiscal year 2013.

Meanwhile, applications for “social welfare” nonprofit status — the status obtained by many of the nation’s most politically active groups — increased by more than 17 percent, from 1,922 in fiscal year 2009 to 2,253 in fiscal year 2013.

The agency as a whole lost 13,000 employees in the past four years and has dealt with hefty budget cuts in recent years, and the exempt organizations division hasn’t been spared — even as its leaders “review how to most effectively use its staff,” said Bruce I. Friedland, an IRS spokesman.

Friedland also noted that the IRS has attempted to reduce the backlog of tax-exemption applications by, among other things, bringing in employees from another division to help.

A roster provided by the IRS of tax exempt and government entities division employees from 2001 to 2013 indicates support services for workers has also taken a blow.

For example, the 20 “employee development” positions in 2001 fell to three in 2013, plus four human resources positions.

Several IRS employees said the change was likely part of the overall decrease in training they encountered over the years. This, in turn, contributed to the uncertainty about how to handle applications for nonprofit status by a new wave of political groups.

“Practitioners [such as nonprofit tax attorneys] are saying they’re seeing a reduction in the quality of the work coming out of the IRS. A lot can be traced to that training budget being slashed,” said Streckfus, who worked for the IRS for six years during the 1970s.

Critics, including some Republican lawmakers, say the IRS shouldn’t get more money. Instead, they argue, it should tighten its belt further.

Some point to extreme examples of agency waste, such as when the IRS conducted expensive conferences and produced a “Star Trek” parody video in 2010.

They also note some IRS employees still on the job are earning more money.

Indeed, the average salary in the tax exempt and government entities division, which includes the exempt organizations division, increased more than 52 percent — at a higher rate than inflation or average U.S. wages — during the past 13 years, according to the roster of division employees provided to the Center for Public Integrity.

The IRS, as a government agency, must compete with the private sector for workers. But other reasons for the average wage increase are unclear because titles of positions in the division have changed in many cases and full position titles were not provided for some years.

What is clear: There were some steep pay jumps for specialized positions. For instance, the lowest paid actuary in 2001 was paid $41,010. That number more than doubled to $103,872 in 2013. Promotions and changes in pay grades are contributing factors.

And while there are fewer employees in the division overall, 2,011 in 2013 compared to 2.202 in 2001, it has managed to add positions in certain departments.

Chief among them: communications.

In 2013, the IRS employed 16 public affairs and customer outreach employees in its tax exempt division and paid them a total of $1.9 million.

The IRS declined to comment on the increase in communications positions.

“At the risk of sounding snarky, where were these people when EO was going to hell in a hand basket because it could not process exemption applications timely?” Marv Friedlander, a former chief of the exempt organization division’s technical branch, wrote in an email.

Streckfus, editor of a trade publication called EO Tax Journal, said he has dealt with the exempt organization division’s public affairs officers and they simply sent him to the national media relations office when he had questions. He takes a dim view of their usefulness, saying “they had the greatest jobs: they sat on their rear ends and collected a paycheck.”

Getting rid of some “superfluous” positions would help ensure there are “as many people as possible actually working cases, auditing individuals or reviewing applications,” Streckfus said.

Some former employees have criticized the IRS’s shift in resources to “customer service,” starting about 15 years ago, and poked fun at the idea of calling regulated nonprofits “customers.”

But others say the IRS — and those regulated by it — would benefit from improved outreach.

It helps make up for the diminished “cop-on-the-beat effect that forces compliance,” Friedlander said, adding that it would have been better if it was easier to measure whether customer outreach worked.

Either way, the exempt organization division’s customer education and outreach unit was moved this fall to another part of the IRS, according to a recent Government Accountability Office report.

The tax exempt and government entities division’s salary levels reflect the Office of Personnel Management’s broader federal pay scale, which rose by more than 42 percent from 2001 to 2014 in the Washington, D.C./Baltimore area, where a “substantial share” of division employees work, said Friedland, the IRS spokesman.

The division and the entire agency “are continually evaluating processes and strategy to operate with declining staff and resources,” he said.

The IRS is also working on rewriting its rules to define political activity and say how much is allowed for certain nonprofits. The rules may not be finalized until after the 2016 presidential election.

Until there are new rules, Streckfus said, it’s unlikely the IRS will do much to regulate nonprofit political activity: “Anything goes in the interim.”

Chasin said she’s skeptical the regulations will make much of a difference without a change in Congress’ attitude: “I can’t blame [regulators] for keeping their heads down under the current circumstances. Until Congress changes its mind on this issue, there will be no regulation.”

Since members of Congress often benefit from nonprofit political spending, they aren’t eager to tackle it.

Rep. Tony Cárdenas, D-Calif., said Congress has so far blown its opportunity to improve the IRS “by ensuring the law is written properly to let [agency employees] do their jobs efficiently and effectively.”

“The not-for-profit laws are very clear, that nonprofits must operate exclusively outside the political realm,” he wrote in a statement.

Darrell Issa, R-Calif., former chairman of the U.S. House Committee on Oversight & Government Reform, and many of his Republican colleagues disagree with that.

All types of political speech by 501(c)(4) groups should count as “social welfare,” according to a report by Issa’s committee. “The IRS simply should not be in the business of regulating political speech. Other federal regulators — namely, the Federal Election Commission — exist to regulate political campaigns and election activities,” the report states.

Since Congress probably won’t give the IRS more funding, the agency “should clearly articulate what it can and cannot do to handle … various workload levels, and then let the politicians … decide how many resources the IRS should be given,” said Larry Gibbs, a former IRS commissioner who served under presidents Ronald Reagan and George H. W. Bush.

Friedlander said other potential fixes include having the IRS do a major audit of nonprofit political activity similar to the Political Activities Compliance Initiative investigations it did for 501(c)(3) charitable groups. The investigations, following the 2004 and 2006 elections, found more than 70 percent of groups selected for audits engaged in prohibited political activity. The IRS could also recommend that Congress force groups to require quarterly reporting of political expenses and authorize the agency to freeze assets and charge fines if needed.

The Center for Public Integrity is a nonprofit, nonpartisan investigative news organization in Washington, D.C.