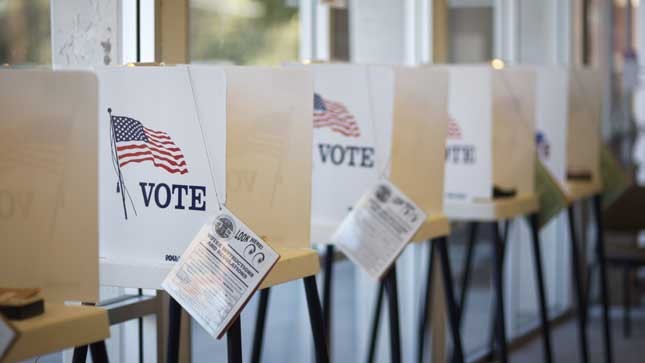 Just 15 weeks before Election Day, lawsuits in nine states are raising the possibility that voters in crucial battlegrounds will face confusion over how and when to cast their ballots.

The lawsuits, mostly brought by civil rights groups, take aim at the flurry of election laws recently put in place by states, including requirements that voters provide photo identification or proof of citizenship.

In recent weeks, several courts have issued rulings blocking or upholding the laws, but those rulings have at times been contradictory, sowing even more confusion.

The suits, which have spent years in a maze of federal courts, focus mainly on laws passed by Republican-led legislatures after the 2010 midterm elections. Those laws, voting rights advocates say, are part of a determined strategy to restrict access to the ballot box.

“There is no question that a series of legislative actions by Republican legislatures have made it harder for some people to register and vote in the upcoming elections,” said Richard Hasen, a voting rights expert at University of California-Irvine School of Law.

Last week, the 5th Circuit U.S. Court of Appeals upheld a ruling that struck down a Texas law requiring voters to show identification at the polls. The Texas law, considered the most restrictive in the nation, did not grant any exceptions for people without identification or a birth certificate.

As many as 600,000 Texas voters do not have the necessary documents to get a ballot, with African-American and Hispanic voters most likely to be excluded. In its ruling, the court said legislative authors of the 2011 law were “aware of the likely disproportionate effect of the law on minorities.”

Also last week, a federal judge in Wisconsin issued a preliminary injunction against that state’s voter identification law. Attorney General Brad Schimel (R) on Friday asked the 7th Circuit U.S. Court of Appeals to block that injunction and to hear an appeal on an expedited basis.

Up to 254,000 Wisconsin voters don’t have an identification that satisfies state law, according to a state agency’s analysis. Under the federal judge’s ruling, those voters may now sign an affidavit attesting to their identity in order to get a ballot.

In North Carolina, proponents of voter identification laws scored a win earlier this year when a district court judge upheld the cornerstones of a landmark 2013 election law. Voting rights advocates appealed that decision to the 4th Circuit U.S. Court of Appeals in Richmond, Va., and a decision is expected any day.

A separate state trial over the North Carolina law will begin Sept. 26. Civil rights groups plan to present evidence from this year’s primary election showing 1,400 eligible voters whose ballots were thrown out because of the law.

In May, a federal court judge ruled in favor of Virginia’s voter identification law. Democrats appealed that case, which now awaits a decision from the 4th Circuit. State Attorney General Mark Herring, a Democrat, has hired an outside law firm, Arent Fox, to oversee the state’s defense of the law.

The federal cases carry implications beyond Virginia, Wisconsin, Texas and North Carolina: If the 4th Circuit or the 7th Circuit come to different conclusions than the 5th Circuit, a narrowly divided Supreme Court could be asked to weigh in before November’s elections.

Civil rights groups are also appealing a federal judge’s ruling in Ohio that Secretary of State Jon Husted (R) could proceed with a plan to cancel the voter registrations for people who haven’t cast a ballot in six years. More than a million voters have been dropped from the rolls since 2010.

Opponents appealed that decision to the 6th Circuit U.S. Court of Appeals, arguing that the 1993 Motor Voter law prohibits states from purging voters due to inactivity. The U.S. Justice Department has filed a brief with the 6th Circuit opposing Husted’s plan.

Proponents of the voter identification laws say they are necessary to prevent fraud.

“It is imperative that the state government safeguards our elections and ensures the integrity of our democratic process,” Texas Attorney General Ken Paxton said in a statement after the 5th Circuit ruling. “Preventing voter fraud is essential to accurately reflecting the will of Texas voters during elections, and it is unfortunate that this common-sense law, providing protections against fraud, was not upheld in its entirety.”

Advocates on both sides say confusion over whether voter identification and other laws are actually enforced during the November elections could lead to disenfranchisement. Already this year, voters in Wisconsin, Arkansas, North Carolina and elsewhere have left some voters without a ballot. In New York, thousands of voters found their names had been inadvertently scrubbed from the rolls when they tried to cast a ballot in the primary election.

The last-minute litigation is already having an impact in some states. Voters who show up to cast a ballot in Wisconsin’s Aug. 9 primary must provide identification to vote. Those without identification will have to wait until November’s general election, when the affidavit option goes into effect.

Both sides in the fight over voting rights are watching a lawsuit that focuses on Kansas, where Secretary of State Kris Kobach (R) advanced legislation to require voters to show proof of citizenship before registering. A federal judge last month refused to block a decision by the executive director of the federal Election Assistance Commission (EAC) that would change the proof-of-citizenship requirement on a federal voter registration form. That official, Brian Newby, who once worked for Kobach, made the change without seeking public comment.

Similar proof-of-citizenship laws are on the books in Alabama, Georgia and Arizona, though those states are not enforcing the rules. The Justice Department has said in court filings it does not believe the EAC’s changes will withstand a court challenge. The American Civil Liberties Union filed a new suit over proof-of-citizenship rules in Kansas last week; the group says more than 17,000 Kansas voters will be affected.

Democrats have mounted a lawsuit in Arizona, too, where long lines during the presidential primaries left thousands of voters waiting hours to cast their ballot. Maricopa elections officials have apologized for what they called “horrendous mistakes” in cutting the number of voting locations by 85 percent; polling places in African-American, Hispanic and Native American communities were most likely to be shuttered, Democrats say.

Many of the cases before federal courts are being overseen by one lawyer in particular: Marc Elias, an election law expert at Perkins Coie who is general counsel to Hillary Clinton’s (D) presidential campaign. Elias brought suits challenging laws on the books in Ohio, Wisconsin, Virginia and North Carolina — all swing states where Clinton’s campaign will compete this November. Elias is also spearheading the suit over voter access in Arizona.

Another close Clinton ally, Virginia Gov. Terry McAuliffe (D), is doing his part to grant access to the polls for thousands of voters. Virginia’s state Supreme Court ruled this month that McAuliffe did not have the authority to restore en masse voting rights to more than 200,000 convicted felons who have served their time. The court ordered state elections commissioner Edgardo Cortes to cancel registrations from the 13,000 felons who had signed up to vote in the three months since McAuliffe issued the order.

McAuliffe said he would restore voting rights on an individual basis, even if he has to personally sign all 200,000 orders himself.

There have been few instances of documented voter fraud in recent years. But civil rights advocates see a more sinister motive behind the laws currently before the courts.

“Whether any of these laws will affect the outcome of elections is hard to say,” Hasan said. “The primary question is whether the states have any good reasons to burden voters’ rights and to make it harder to register and vote. The dignity and right of each voter is at stake.”