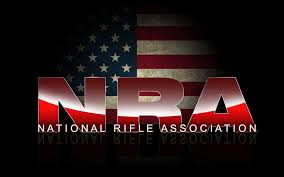 The National Rifle Association unveiled an attack ad against Hillary Clinton on Tuesday, charging the Democrat, “doesn’t believe in your right to keep a gun at home for self-defense.”

The NRA’s political action committee said it will spend $3 million to air the ad on cable stations in swing states.

The ad came the same day Trump made a comment some took as a call to violence by Republican Donald Trump against Clinton.

Trump said if Clinton was elected, her judicial appointees would overturn gun laws.

“If she gets to pick her judges, nothing you can do folks. Though the Second Amendment people, maybe there is, I don’t know.”

Clinton’s campaign and Democratic allies quickly condemned the comment, saying Trump had made a thinly veiled reference to someone shooting Clinton.

Trump’s campaign put out a statement blaming “the dishonest media” for twisting the remark. The statement said Trump was calling on gun owners to unite and vote against Clinton.

“It’s called the power of unification — 2nd Amendment people have amazing spirit and are tremendously unified, which gives them great political power. And this year, they will be voting in record numbers, and it won’t be for Hillary Clinton, it will be for Donald Trump,” senior communications adviser Jason Miller said in the statement.

The NRA backed up Trump and said gun rights will “be on the ballot” in November.

“If elected, Hillary Clinton will appoint an anti-gun Supreme Court justice to overturn our fundamental right to self-protection,” Chris Cox, chairman of NRA’s Political Victory Fund, said in a statement to USA TODAY about the new anti-Clinton ad. “That is what this election is about: protecting our individual right to keep a firearm in our home for protection and making sure that there isn’t one set of rules for political elites like Hillary Clinton and a different set for the rest of us.”

The ad itself attacks Clinton for being a hypocrite, pointing out she’s lived under law enforcement and Secret Service protection since the 1980s, but wants to restrict gun purchases for ordinary citizens who want the same rights to bear arms for protection.

“She’s one of the wealthiest women in politics. Combined income: $30 million,” the ad’s narrator says. “Tours the world on private jets. Protected by armed guards for 30 years. But she doesn’t believe in your right to keep a gun at home for self-defense.”

With the $3 million ad buy, the NRA’s total spending in favor of Trump this election is now approximately $6 million, Politico reported.