New legislation seeks to prevent US voting systems from being hacked 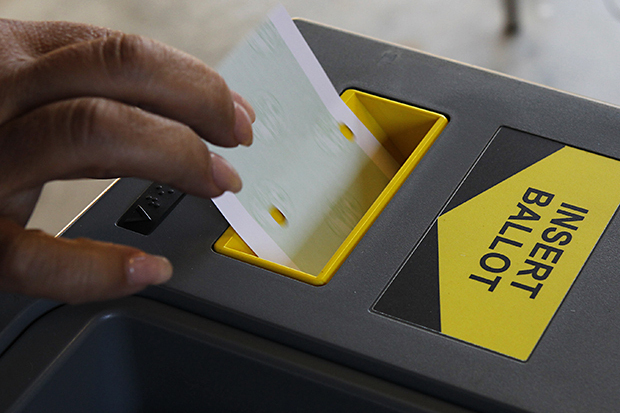 A U.S. lawmaker has introduced two bills to protect voting systems from hacking, amid fears that Russian cyber spies may be interfering with this year’s presidential election.

Representative Hank Johnson, a Democrat serving Georgia, is proposing a moratorium on state purchases of electronic voting machines that don’t produce a paper trail. His Election Integrity Act, introduced Wednesday, would also prohibit voting systems from being connected to the internet as a way to prevent online tampering.

The high-profile hack of the Democratic National Committee publicized in June has citizens worried that U.S. election systems may be vulnerable, Johnson said.

The hack of the DNC stole sensitive files that were later leaked online. Although the FBI is investigating the breach, U.S. intelligence officials are reportedly confident that the Russian government was involved.

Security experts have also long been warning that some U.S. voting machines are outdated and rife with security holes. This can make them easy to hack or prone to casting ballot errors.

“We must work to reduce the vulnerability of our crucial voting systems,” Johnson said in a statement. His bills were also meant to address “well-documented efforts” of alleged voter suppression, he added.

Johnson’s bill would also require the Department of Homeland Security to submit a plan to Congress to protect the U.S. election process from threats including cyber terrorism. In addition, it asks that better standards be developed so that citizens can verify their votes.

Johnson introduced his bills just weeks after the FBI began warning that hackers had targeted two state election systems. One of those breaches may have involved stealing login credentials from a county official that could have allowed the hackers to delete voter registration records.

Johnson’s bills are unlikely to pass in Congress this year because legislative activity slows down as the national election approaches.