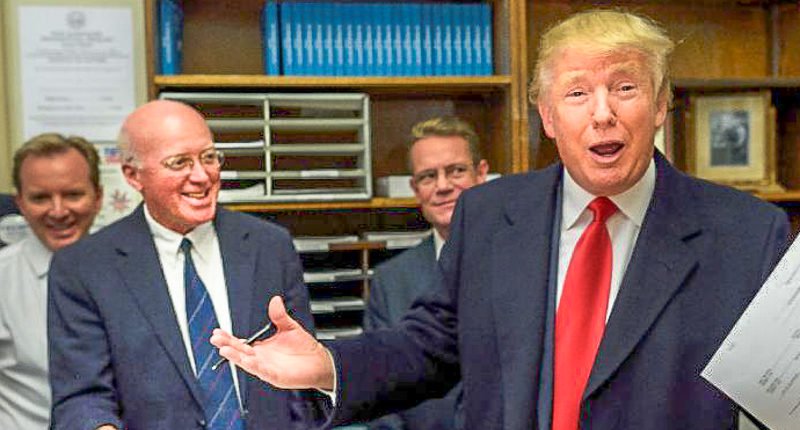 William M. Gardner, the chairman of President Donald Trump’s Advisory Commission on Election Integrity, suggeseted in an interview this week that voter turnout would be higher if the country returned to Jim Crow-era poll taxes and literacy tests.

The New York Times reported on Monday that Gardner is already being called on to resign his post after he argued that the Connecticut election results were likely fixed.

“Critics say the commission is a pretext for Republican efforts to make it harder to register and to vote, and that it will reach a predetermined conclusion, that tough new rules are needed to prevent fraud,” the Times noted. “Studies have repeatedly shown that illegal voting is very rare, and that voter impersonation — perhaps the main danger suggested by advocates of tighter election rules — is next to nonexistent.”

Those studies, however, don’t hold sway with Gardner, who told the paper that additional voting restrictions could be a boon to turnout.

From the Times report:

In an interview, Mr. Gardner said the serial controversies had unfairly sullied the commission’s public image almost before it had begun work, adding that he had been branded by some as a vote suppressor merely by serving on it.

Mr. Gardner said he did not necessarily favor imposing new qualifications for registering and voting, but he added that when burdens like poll taxes and literacy tests were imposed on citizens and registering often required a trip to the local courthouse, voter turnout was far higher than it is now.