Guy Reffitt Gets 7 Years In Prison For January 6th Riot 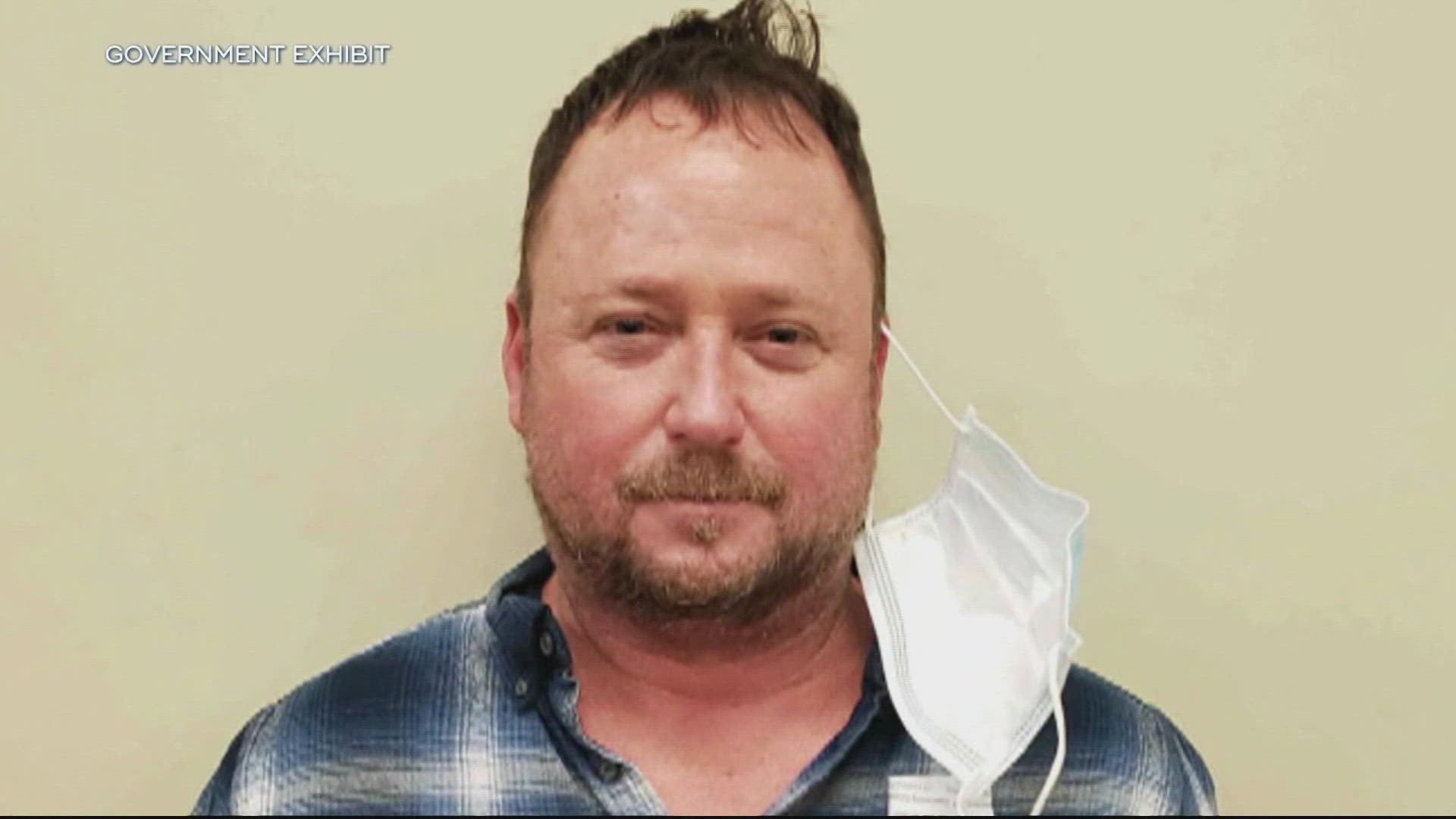 Looks like Guy Reffitt got religion, FAFO (Fucked Around And Found Out) and a 7 year sentence for the January 6th riot at the Capitol.

He now claims he doesn’t want anything more to do with Militias or Trump or anyone else.

WASHINGTON (Reuters) -An associate of the far-right Three Percenters militia was sentenced to more than seven years in prison on Monday for joining a mob of former President Donald Trump’s supporters who stormed the U.S. Capitol on Jan. 6, 2021, and later threatening to harm his children if they informed on him to the FBI.

Guy Reffitt, of Wylie, Texas, was convicted by a jury in March of five felony charges, including bringing a gun onto the Capitol grounds and obstructing an official proceeding.

U.S. District Judge Dabney Friedrich issued a sentence of seven years, three months – the longest yet for anyone involved in the riot. To date, federal prosecutors have won convictions in all but one of 13 trials tied to the Capitol attack, which sought to keep Congress from certifying Trump’s election loss.

Previously, the longest sentence for a Jan. 6 case had been 63 months, but in those two cases, the defendants opted not to go to trial, and to plead guilty instead.

Friedrich on Monday also sentenced Reffitt to three years supervised release, a period she said she would oversee herself to police him for any violations. She additionally banned him from associating with militia groups and ordered him to undergo mental health treatment.

Earlier on Monday, the judge said she was troubled by Reffitt’s actions and comments suggesting he wanted to overthrow Congress, calling his statements “frightening claims that border on delusional.”

“In democracy, we respect a peaceful transfer of power,” she said. “The election was challenged in multiple courts across the country, and judge after judge said there’s no merit to these claims.”

Friedrich declined to apply a domestic terrorism enhancement to her sentence – the first requested in a Jan. 6 case – even though the lead federal prosecutor and a former Capitol Police officer who provided a victim impact statement both said they believed Reffitt committed an act of terrorism that day.

Reffitt “intended to harm members of Congress,” former Capitol Police officer Shauni Kerkhoff told the court, adding that she “watched in horror as he encouraged the angry mob to push past.”

Reffitt, 49 at the time of his conviction, never entered the Capitol, but video evidence showed him egging on the crowd and leading other rioters up a set of stairs outside the building.

His trial included testimony from his estranged son Jackson, who brought his father to tears as he told the jury that his father threatened him if he dared call the FBI.

“He said, ‘If you turn me in, you’re a traitor, and traitors get shot,'” Jackson Reffitt told jurors.

At his sentencing, prosecutors introduced evidence showing Reffitt intended to commit additional acts of violence. In one text exchange after the Jan. 6 attack, he told other militia members: “We took the Capital of the United States of America and we will do it again.”

His daughter, Peyton, addressed the court, tearing up as she told the judge: “As I know my father, he is not a threat to my family,” adding that his mental health “is a real issue.”

Jackson Reffitt also wrote a letter that was read aloud in court. “I hope to see my father use all the safety nets” available at prison, including mental health care, he added.

Reffitt told the judge on Monday that in 2020 he had been “a little too crazy,” and he apologized to police and his family.

He also apologized to the judge for his inarticulate statements, in which he repeatedly used expletives to describe his actions on Jan. 6.