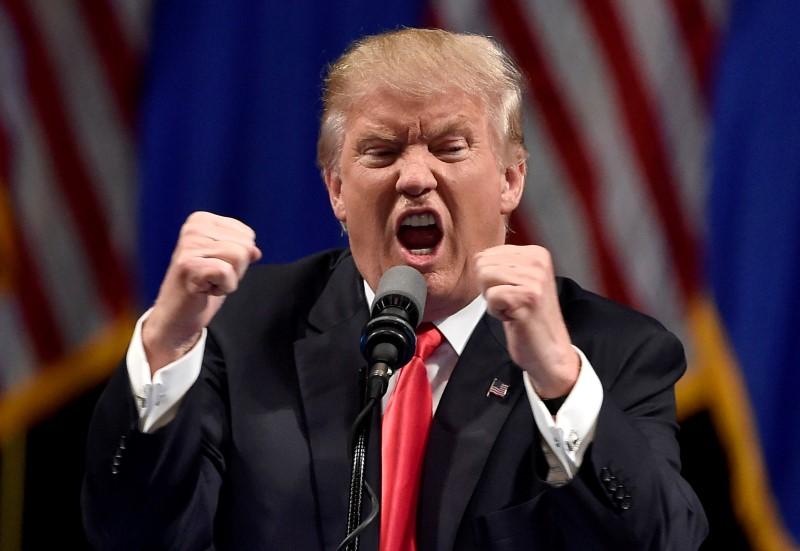 What a demented traitorous fool Trump is to think he can demand a new election today or else. He is either painting a case that he’s gone insane and therefore cannot be prosecuted for espionage and other high crimes or he’s truly gone completely over the edge.

Personally I think he’s playing a Vinnie The Chin Gigante role. Vinnie the Chin was a major mobster who played a part that he was insane by running around the street in his pajamas muttering to himself. It worked for years to keep him out of jail, but eventually the feds caught on that it was all an act and busted his ass.

Former President Donald Trump reiterated his demand for a new election in a bizarre post published the wee hours of the morning on his social network site TruthSocial.

“The Presidential Election was BADLY & IRREPARABLY TAINTED by the FBI’s FAKE description of the ‘Laptop from Hell’ to Facebook & the LameStream Media – & for MANY other reasons as well,” Trump posted at 1:46 a.m. on Tuesday.

“Declare the rightful winner, or hold a new Election, NOW! Our Country, which is failing badly, knows the ‘score,’ and will never accept Criminal Election Interference. The FBI just fired its Special Agent In Charge of this outrageous & very illegal assault on the Constitution of the United States of America!” he added.

Trump had previously called for his reinstatement as president on Monday.

“So now it comes out, conclusively, that the FBI BURIED THE HUNTER BIDEN LAPTOP STORY BEFORE THE ELECTION knowing that, if they didn’t, “Trump would have easily won the 2020 Presidential Election.” This is massive FRAUD & ELECTION INTERFERENCE at a level never seen before in our Country. REMEDY: Declare the rightful winner or, and this would be the minimal solution, declare the 2020 Election irreparably compromised and have a new Election, immediately!” he posted on Truth Social. 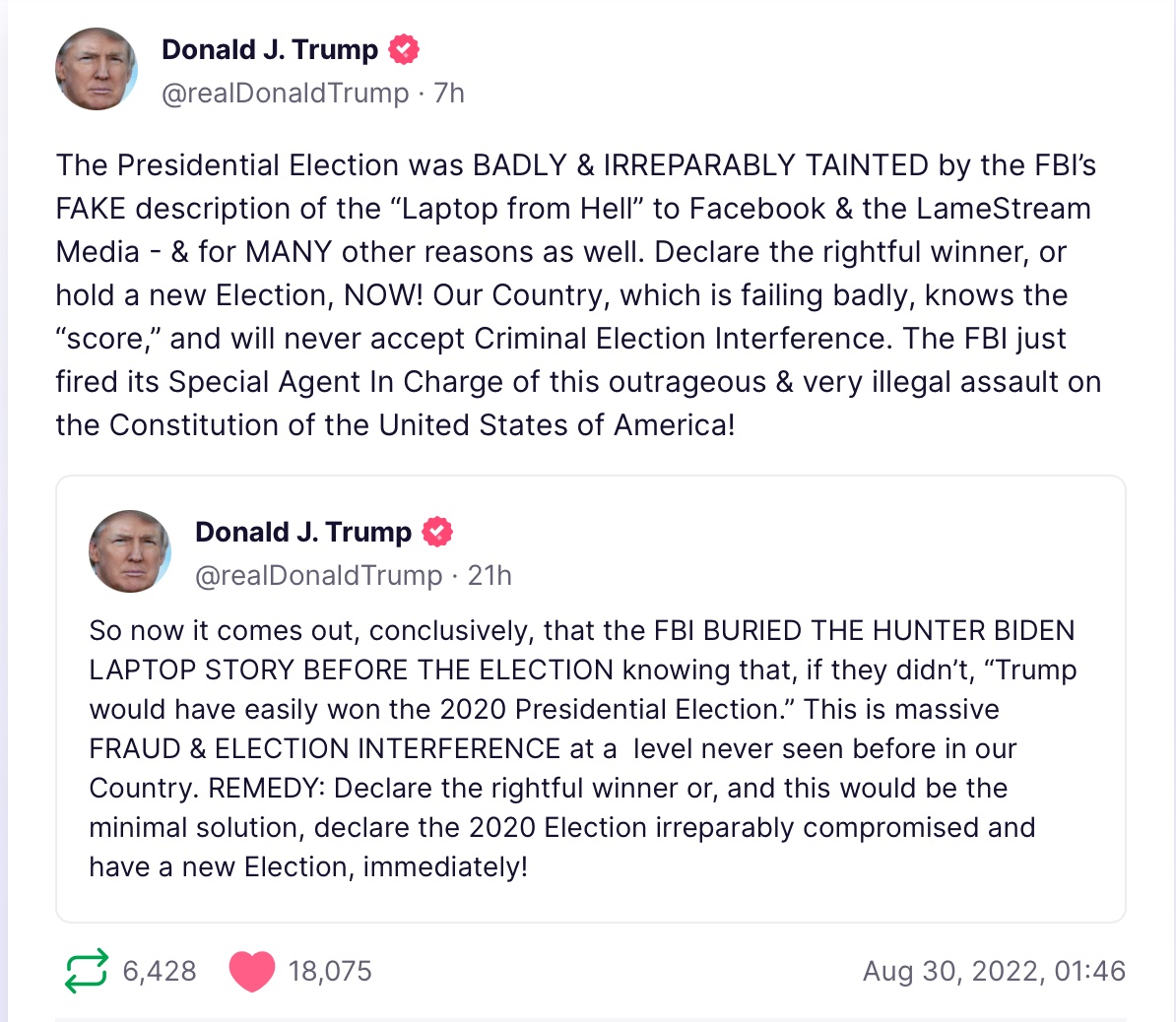 The “Laptop from Hell” refers to the laptop belonging to President Joe Biden’s son, Hunter Biden, that revealed controversial business dealings with China and Ukraine.

Facebook co-founder Mark Zuckerberg, told podcaster Joe Rogan last week that the FBI told Facebook to be on the lookout for Russian misinformation ahead of the 2020 election — shortly before The New York Post published its story about Hunter Biden.

“The FBI routinely notifies U.S. private sector entities, including social media providers, of potential threat information, so that they can decide how to better defend against threats,” said the agency in a Friday statement.

“As we’ve said, nothing about the Hunter Biden laptop story is new. Below is what Mark told Sen. [Ron] Johnson in Oct 2020 and what Mark told Joe Rogan this week. The FBI shared general warnings about foreign interference – nothing specific about Hunter Biden,” tweeted Meta on Friday.

The FBI agent Trump referred to in his Tuesday morning post, Timothy Thibault, retired from the FBI over the weekend, reported Fox News on Monday.