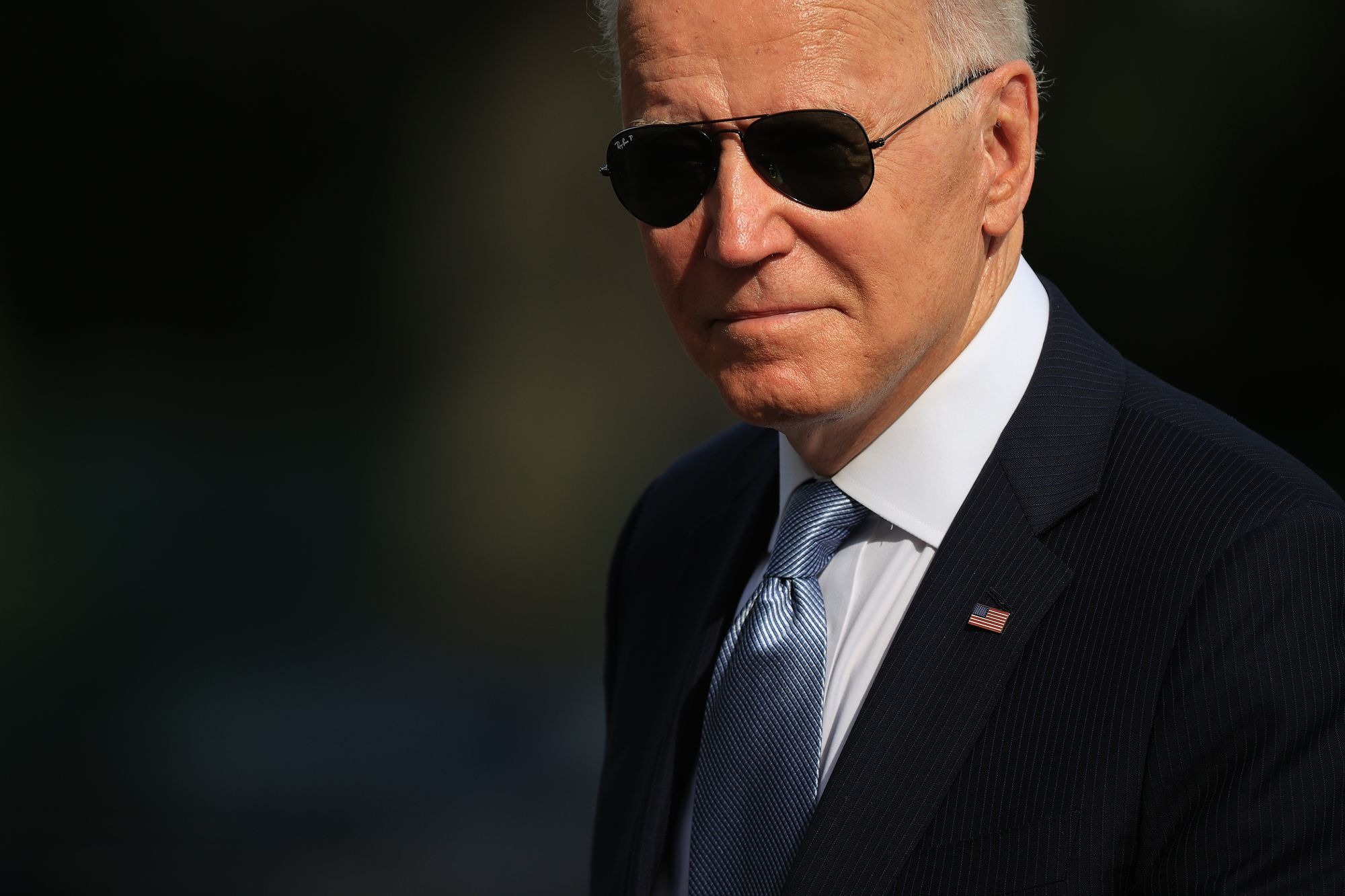 Buoyed by recent legislative wins, the president’s team is laying the groundwork for 2024, with plans to rely on DNC resources and talks about who would manage the campaign.

President Joe Biden’s top aides have been quietly building a 2024 campaign effort, with increasing discussions about who might manage the operation, potential themes and structure, according to nine people familiar with the planning.

The current plan is for a Biden re-election effort to rely heavily on the resources of the Democratic National Committee and only have a small campaign staff, a cost-saving configuration that follows the model of then-President Bill Clinton’s re-election bid and dramatically differs from then-President Barack Obama’s campaign, these people said.

Biden and his top advisers also are using the homestretch to November’s midterm elections to test possible 2024 themes, the people familiar with the discussions said, such as taking on wealthy special interests and casting his achievements in office as “promises made, promises kept.”

The behind-the-scenes 2024 planning goes further than Biden’s verbal assurances that he intends to run again, as some members of his own party question whether he will or should.

At the same time, people familiar with the discussions said the process is quintessential Biden in that it’s painstakingly deliberative, and key components remain unsettled, leaving some Democrats still unconvinced that he’ll ultimately run. The DNC-campaign dynamic in particular suggests an approach of going through the motions to a Biden 2024 bid in that it sets up a political operation that could instantly mobilize if he runs or could transfer to a different nominee if he stands down.

“He’s running and we’re building an infrastructure for him to run and win,” said Cedric Richmond, a key Biden adviser who moved from the White House to the DNC earlier this year. “Right now, it’s all an early investment in 2024 while we’re helping 2022.”

Some key campaign decisions on strategy and personnel are on hold ahead of the midterms, and as polls show Democrats have a better chance of holding onto the House and the Senate than they did just several months ago. If the party maintains control of Congress, the president’s priority will be on his legislative agenda, and Biden would likely want his top advisers to remain in place longer to help execute plans, the people familiar with the campaign discussions said. But, they said, if Republicans win one or both chambers, that would likely trigger a quicker pivot to a Biden re-election campaign.

They said discussions about a 2024 campaign manager are focused on ensuring that moving a member of Biden’s small inner circle into the role doesn’t leave a critical void in the White House, which will need to contend with an onslaught of Republican-led investigations or push a yet-to-be-defined legislative agenda, depending on the outcome of the midterms.

Should Biden settle on someone already serving in the West Wing, the likely timing for a White House official to leave would be around February, they said, and discussions are ongoing about who that might be, with multiple Biden allies under consideration. Jen O’Malley Dillon, who ran Biden’s 2020 general election campaign and now serves as deputy White House chief of staff, is expected to play a major role in a 2024 re-election bid, people familiar with the discussions said.

The preparations for 2024 remain centralized among Biden’s core group of senior advisers, including Ron Klain, Steve Ricchetti, Anita Dunn, Mike Donilon and O’Malley Dillon — all of whom currently serve in the White House.

Biden has felt buoyed by recent legislative successes, which aides believe have helped squelch rumblings of a possible primary challenge and maneuvers by other Democrats to position themselves to step in if he doesn’t run. At the start of the summer, the president was frustrated with his slumping poll numbers and felt as if he couldn’t catch a break amid mounting crises. But now, people close to him say, he’s far more upbeat. A new Associated Press/NORC poll released Thursday found 45% of Americans approve of Biden’s job performance, up from 36% in July.

Biden himself, while involved in the 2024 planning and receiving weekly polling updates, is not expected to give a formal green light to stand up a re-election campaign until after the holidays, people familiar with the discussions said. First lady Jill Biden told NBC News this week that no formal “family meeting” on the subject has been set on the calendar yet, but echoed the emerging “promises made, promises kept” argument for seeking another term.