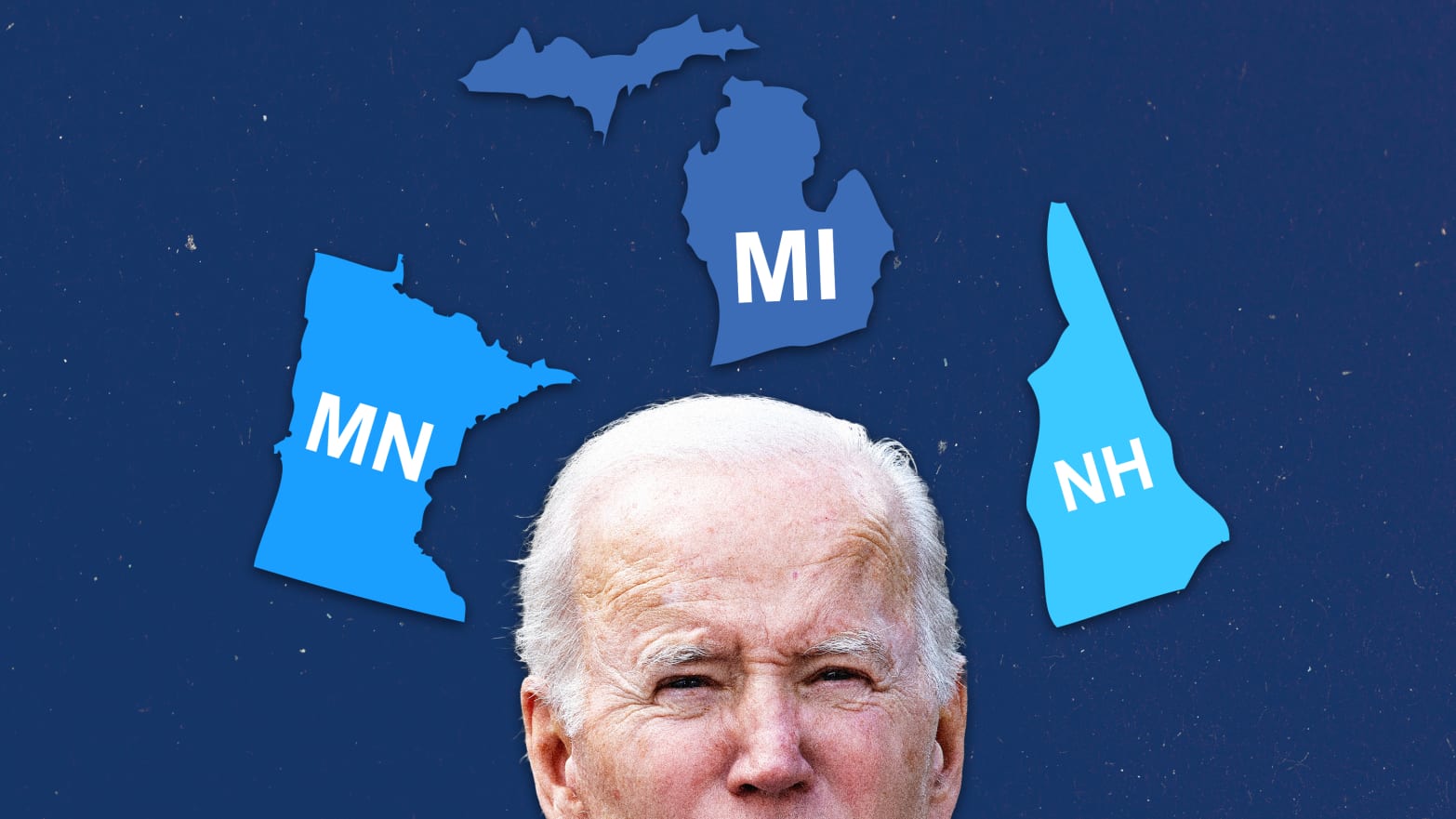 Dems are out and in ass kicking mode with a take no prisoners approach. They are supercharged and looking not just to defend territory, but to always be on the offense looking for new territory to take over from the Republican Russian party.

Despite still trailing their Republican counterparts in fundraising this cycle, a jolt of post Dobbs enthusiasm had the president of the Democrats’ main fundraising arm for state legislatures confident enough on Tuesday to declare optimism for flipping GOP majorities in three states.

“We know what we’re up against, but we are making a play to undercut GOP power in the Michigan House and Senate, the Minnesota Senate, and the New Hampshire House and Senate,” Democratic Legislative Campaign Committee President Jessica Post said on a conference call with reporters on Tuesday.

Post added that the DLCC would be adding two more Republican candidates to their so-called “insurrection witness list” of GOP lawmakers who were at the Capitol during the January 6 riot, including Wisconsin State Senate candidate Dave Estenson. Months after the riot, Estenson hosted a screening of the debunked ‘2000 Mules’ documentary.

Their optimism comes after President Joe Biden recently came in to quell any lingering inter-party grudges heading into Election Day.

Following some acrimony from state-level operatives over the DNC giving zero dollars to the DLCC, Biden lent his virtual support to their email list last week.

The president’s email described statehouses as “the key to stopping Republican abortion bans, attacks on LGBTQ+ rights,” and voting access.

Within Biden’s informal circle of longtime advisers—nicknamed the “Council of Elders” by some allies who aren’t in the fold—the importance of state-level races has come into conflict with the longstanding practice of not nationalizing certain issues or races by directly involving the president.

“The bully pulpit cuts two ways when you’re the president,” one Biden adviser told The Daily Beast. “You have the loudest voice in the room, which under ideal circumstances can motivate donors on the fence or shift public opinion closer to your position, but you are, by dint of your position, a lightning rod.”

“The biggest guarantee that a state-level Republican candidate will be on the receiving end of a torrent of out-of-state cash is to try and direct that same torrent of cash into a Democrat’s war chest,” the adviser said.

But the email, which was sent after weeks of planning by Biden’s political team, was seen as a way to avoid that dynamic. A targeted email to Democrats, the thinking went, would appropriately stir up dollars and enthusiasm on the state level without provoking a matching Republican response in the way that, say, a campaign appearance with a candidate for state senate would.

Post said she was happy to see Biden make a fundraising pitch, noting on the Tuesday call that former President Barack Obama did the same during the 2016 cycle.

She identified both chambers of New Hampshire’s sprawling 424 member state legislature as a prime target to flip in November, along with the state senate chambers in Minnesota and Michigan.

Biden’s gesture arrived amid what one Democratic campaign consultant described as “a lot of agita” over DNC Chairman Jamie Harrison’s approach to state-level races.

While the party has given to coordinated campaigns in key states, the lack of donations to the DLCC has made the fundraising gap sting even more, with the GOP’s counterpart, the RLSC, nearly doubling up on the DLCC’s second quarter fundraising with $10.7 million compared to $6.75 million.

State-level operatives have griped that prioritizing state legislative campaigns has been “mostly talk and not a whole lot of action on that front,” the strategist added, requesting anonymity because they are not authorized to speak on behalf of candidates.

The DNC has pledged $70 million in donations to states for the 2022 midterms, up from $30 million in 2018, according to a spokesperson.

While state legislative campaigns run on a much leaner budget than congressional operations, some of the high-profile Senate races this cycle have made it more expensive to run down-ballot in certain states, the Democratic consultant explained.

“Let’s say last cycle was a race you could run for $300,000 or $500,000, you now need more like $750,000 because you’re gonna spend two-hundred grand just on TV, like two-hundred grand additional on TV that you never had to spend before. Right?” the consultant said. “So I would say that actually in some cases, the Rust Belt states are actually really expensive this cycle for local races, because they have really competitive senate races, which is jacking up the price of television.”

Although the Biden email may not be “momentum shifting,” the strategist said, getting Democratic donors to think about getting a better return on their investment at the state level is something to which a presidential fundraising cameo can turn their attention.

Post said that while the DLCC has made improvements compared to their GOP counterparts—including setting back-to-back fundraising records in the two days following the leak of the Dobbs decision and the decision itself—they’re “still being outspent by our Republican counterparts who are flooding money into battleground states.”

The DLCC president said the organization is “sounding the alarm that we need to invest down ballot to protect our progress and build a path to the majority.”