GOP Candidate Tyler Kistner has repeatedly suggested he saw combat, but he didn’t 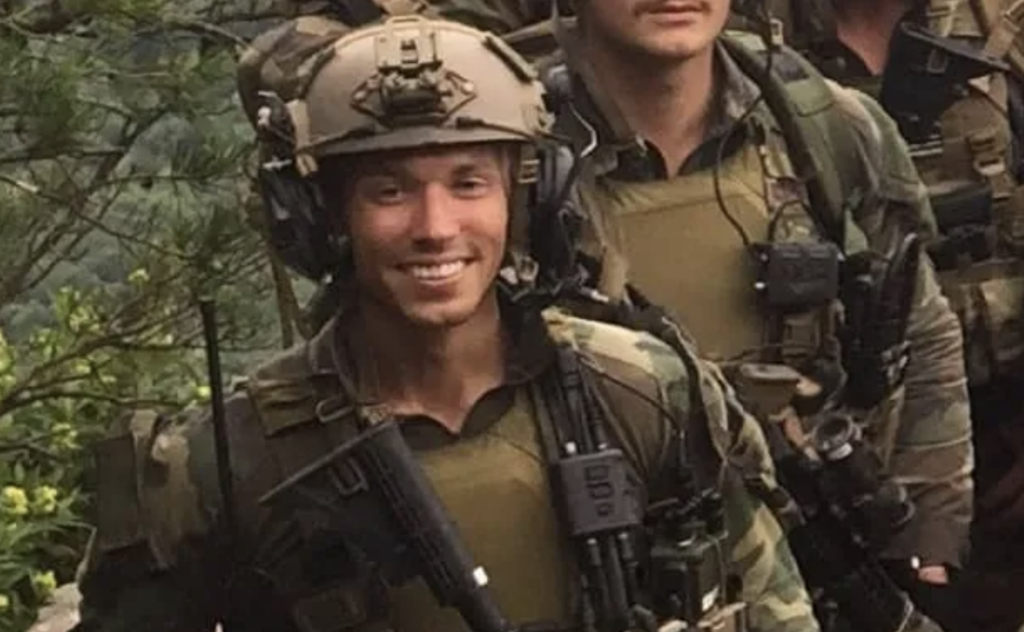 During his first bid for Congress in 2020, Republican candidate Tyler Kistner repeatedly suggested he saw combat while in the U.S. Marine Corps, despite military records that say otherwise.

A spokesman says Kistner was referring to the fact that he led combat missions, advising and assisting “partner forces” against violent extremist organizations in the non-combat region of North Africa.

If he saw combat, he would have received a combat action ribbon, and Kistner acknowledges he never earned one. The military considers combat to be engaging with the enemy on the ground in a combat zone.

VoteVets, a progressive veterans organization supporting U.S. Rep. Angie Craig, who is in a tight rematch with Kistner in the 2nd Congressional District, sent letters asking KARE, KSTP, KMSP, WCCO and multiple streaming services to take down the ad because it said Kistner served four overseas tours — not four combat deployments — in non-combat regions such as Japan and Korea.

While the ad ran on streaming services from Sept. 11-29, the Congressional Leadership Fund says the ad was already taken off TV by the time VoteVets asked for its removal.

Kistner’s military record was also a matter of debate when he ran in 2020, losing to Craig by 2 percentage points.

In the run-up to the 2020 GOP nominating convention, Kistner called himself “the most decorated military member” in the race. One of his Republican opponents, Air Force Reserve Lt. Col. Erika Cashin, called on Kistner to release his DD214 form — military service records that would indicate whether he served in armed combat.

Initially, Kistner declined, citing the need for confidentiality, telling the Prior Lake American newspaper, “Even basic details could help foreign adversaries and put other service members at risk.”

After the newspaper itself requested the military records and additional candidates called on Kistner to release the records, Kistner relented. His DD214 shows he was honorably discharged at the rank of captain. Kistner shared the records in an email to supporters in 2020, writing that he had never claimed to be a combat veteran. That prompted Cashin to put out a press release outlining multiple times Kistner used language that would lead a listener to think he was a combat veteran:

Cashin confirmed in an interview that during the 2020 campaign, Kistner said he “put his enemy six feet under” and has “been on the wrong end of a loaded weapon.”

She said she never saw combat in the Air Force, either, but said Kistner implied that he did, which she said influenced GOP delegates who went on to endorse him.

The Reformer has obtained additional examples of Kistner implying he saw combat action:

According to the Marine Corps awards manual, service members must engage the enemy, be under hostile fire, or be physically attacked by the enemy to be awarded a combat action ribbon. The manual says, “The principal eligibility criterion is that the individual must have rendered satisfactory performance under enemy fire while actively participating in a ground or surface combat engagement.”

As the commanding officer, it wasn’t Kistner’s job to fire his rifle, but he was in charge of the maneuvering and coordination of all personnel and support, Grant said. The “partner force” — referring to allied countries’ military forces — in three combat missions did exchange and receive fire, Grant said, and had seven casualties after an improvised explosive device exploded. Kistner facilitated the evacuation of seven injured allied personnel, he said.

Grant said Kistner’s comment about being on the “wrong end of a loaded weapon” and having guns drawn on him “while in defense of our nation” was a reference to when he got into an argument with one of the allied military commanders, who pulled a pistol on him.

“Ultimately, the argument was resolved and nobody was hurt,” Grant said. “No weapon was fired during this situation.”

Kistner’s comment about having been in “such conflicts” as the Afghanistan and Iraq wars was a reference to his involvement in the broader war on violent extremists, in which American forces were battling some of the same foes as in Afghanistan and Iraq, Grant said.

In North Africa, Kistner dealt with foreign ISIS fighters returning to their home countries after the fall of the ISIS caliphate in Iraq, Grant said. Kistner led three combat missions against “these same ISIS fighters from Iraq,” he said.

Regarding Kistner’s comment that he’s been in “fights” and “combat,” Grant said Kistner received an award citation for leading three combat missions in North Africa, where he was responsible for command and control of U.S. and allied nation forces.

Kistner is not the first Republican of late to face questions about his service record. U.S. House candidate J.R. Majewski’s Ohio campaign went into a tailspin after the Air Force couldn’t corroborate his claim that he served in Afghanistan after the Sept. 11, 2001, terrorist attacks.

Majewski’s military record was scrutinized after the Associated Press reported that Majewski never deployed to Afghanistan; he’d done a six-month stint helping load planes at a Qatar air base.

“It dishonors those who have served,” VoteVets Chair Jon Soltz said of Kistner’s statements. “It is also totally disqualifying. Voters should hold Kistner responsible for misrepresenting his service and allowing this lie to perpetuate.”

Cashin said while Kistner served with honor, she wants to make sure veterans are given “appropriate due” for their service.

“You always want to represent your service with honor and integrity,” she said.

She was in the military for 26 years, and sent people to deployment and received bodies back at Mortuary Affairs at Dover Air Force Base in Delaware.

“I understand the implications of trying to overstate what you’re doing,” she said. “Don’t misrepresent what your service means.”

Asked if she supports Kistner for Congress, Cashin said she no longer lives in Minnesota and hasn’t been paying attention to the race.

“He has served his country,” she said.

Anyone who serves, she said, “is definitely someone to be admired.”

This story was updated at 11 a.m. Wednesday to clarify how long the Congressional Leadership Fund’s pro-Kistner ad ran on TV before it was replaced with a revised ad.