How Far Would a Republican Majority Go? 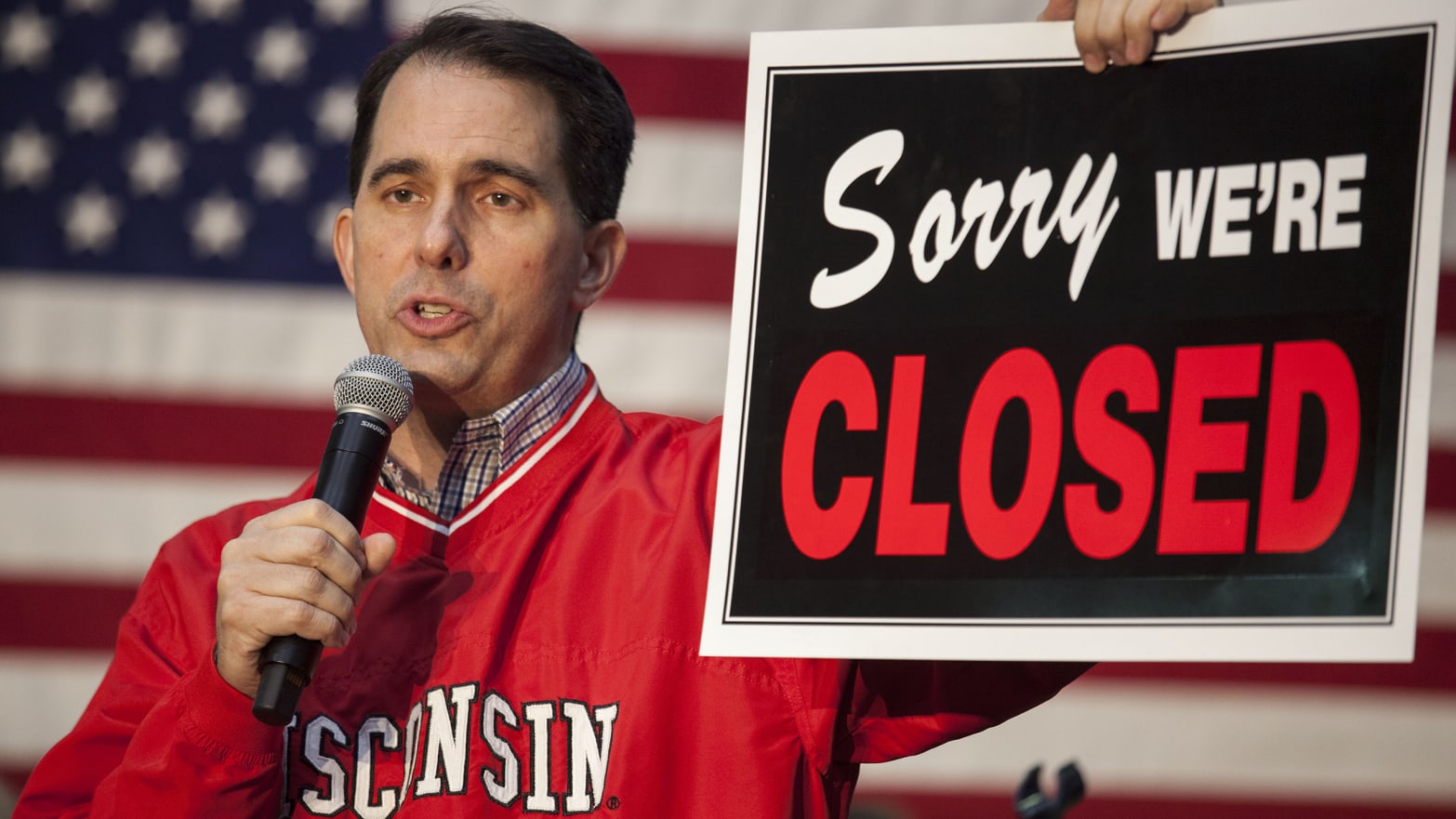 All the way it appears. This isn’t just any ordinary run of the mill midterm, this is for all the bananas. And once the GOP has power, they will rape and pillage what’s left of America. Vote BLUE BLUE BLUE!!!

Not just democracy is at stake this fall.

In 2011, the new House Republican majority, egged on by Eric Cantor and Kevin McCarthy and led by radical Tea Party rightists such as Jason Chaffetz, brought the U.S. to the brink of a default. The disaster was headed off by a last-minute compromise between Speaker John Boehner, Senate Minority Leader Mitch McConnell, and President Barack Obama. A breach of the debt ceiling, meaning the loss of the full faith and credit of the United States, would have been catastrophic. But Chaffetz and many of his colleagues were more than willing to make that happen. In the aftermath, Chaffetz said, “We weren’t kidding around. We would have taken it down.”

As it was, the brinkmanship and delays had severe effects. The Dow fell 2,000 points in the months that followed, and borrowing costs for the federal government increased by an estimated $18.9 billion over 10 years, according to the Bipartisan Policy Center.

Chaffetz is now long gone from the House, but the Tea Party radicals—who a few years later formed the Freedom Caucus because the existing right-wing caucus, the Republican Study Committee, was not right-wing enough—have moved from the fringe to the center among House Republicans. And if Republicans capture a majority in next month’s midterm election, they will make the Tea Party group look like milquetoast moderates. The prospect of default, along with extended government shutdowns and disruptions and a hamstrung administration, will loom large.

If there is one timeworn cliché about elections, it is that the next one is the most significant in our lifetime. There is reason to believe it is true this time. Although the outcomes remain uncertain, one thing is clear: If Republicans win control of the House of Representatives, the country will face a series of fundamental challenges much greater than we have had in any modern period of divided government, including a direct and palpable threat of default and government shutdown. The Republican majority will be more radical, reckless, and willing to employ nuclear options to achieve its goals than any of its predecessors have been, and its leadership, starting with McCarthy, will be either compliant or too weak to head off catastrophe.

Primaries in New Hampshire have underscored this threat. MAGA radicals were the big winners—Don Bolduc, slammed by GOP Governor Chris Sununu as a “conspiracy-theory extremist,” prevailed as the Republican Senate nominee, and Trumpists Karoline Leavitt and Bob Burns carried the nominations for the two House seats. Saying flatly that Trump won in 2020 and calling for scrapping the FBI, these candidates are outside any reasonable definition of the mainstream—but they are the rule, not the exception, in this year’s Republican primary contests for nomination to both federal and state key offices.

Earlier in the year, Republicans were bullish on a sweeping midterm victory, akin to what they achieved in 2010. Those exuberant expectations have been dampened in recent months, especially in the aftermath of the Supreme Court’s Dobbs decision, and some of the extremist candidates face uphill battles to win (for example, the Cook Political Report moved the New Hampshire Senate race and one of those two House races from toss-up to leaning Democrat after the victories of Bolduc and Leavitt.) But after redistricting, and given the range of seats that could change parties, the odds remain reasonably strong that Republicans can still win back the House majority, if only by a slim margin.

When it comes to the House, FiveThirtyEight has found that so far, at minimum 117 House Republicans with at least a 95 percent chance of winning are full-blown election deniers or questioners, a good leading indicator of radicalism and a willingness to ignore facts and embrace fantasy. In turn, they are willing, if not eager, to blow up institutions and government itself to accomplish their goals.

The current members of the Freedom Caucus make up barely a fifth of all House Republicans, but they represent a rogues’ gallery of bombastic pot stirrers and insurrectionist enablers—people such as Scott Perry, Jim Jordan, Matt Gaetz, Paul Gosar, Andy Biggs, Lauren Boebert, Marjorie Taylor Greene, Louie Gohmert, and Mo Brooks. In the 118th Congress, they will make up more of their party in the House. Their goals include impeaching Joe Biden, Merrick Garland, Alejandro Mayorkas, and more; investigating Hunter Biden, Anthony Fauci, and others; but also crippling the FBI and blocking further investigation or prosecution of Trump and his allies, stopping all future Biden policies, and likely fighting for a nationwide ban on abortions, repeal of the Affordable Care Act, tough immigration policies, and more.

One house of Congress can do a lot on its own—including investigations, subpoenas of individuals, resolutions of contempt, and impeachment. Of course, the House cannot remove anyone from office without the Senate, and it cannot legislate on its own. But it can block legislation and use its veto power to demand change. No question, the House Republicans will block any legislative initiative from the Biden administration. Worse, though, would be the ways they could employ the power of the purse.

That starts with the debt ceiling. An anachronistic policy necessity, used only by Denmark and the U.S., raising the debt ceiling requires periodic action by Congress to maintain the full faith and credit of the United States; the failure to do so when the ceiling is reached would mean a default. Although both parties have played partisan games with the debt ceiling, they have always made it through, even if we came dangerously close during the Obama presidency. In 2011, McConnell said, “I think some of our members may have thought the default issue was a hostage you might take a chance at shooting. Most of us didn’t think that. What we did learn is this: It’s a hostage worth ransoming.”

McConnell and his House counterpart Boehner did use the debt ceiling threat to get some concessions on spending. The concessions demanded by the new MAGA extremist radicals will be non-negotiable. And this time, if Republicans win, a lot more members will be ready to push us over the cliff—and the speaker, McCarthy, with no ability or willingness to stop their juggernaut. Of course, other major disruptions could occur, including government shutdowns and costly investigations. But it is the tangible threat of default that looms largest.

What to do? One thing is clear. If the Republicans prevail in November, the lame-duck session becomes an opportunity to take this threat off the table once and for all. The way to do so is by making permanent, perhaps via reconciliation, the ironically named “McConnell Rule.” The rule was raised by the Senate Republican leader a decade ago to allow the president to raise the debt ceiling. It allows Congress to pass a joint resolution blocking the action, but contains a provision where the president is able to veto that resolution—meaning, in this instance, that a president would need only one-third of support plus one of the two houses of Congress to avoid default.

We have moved into a new and frightening era in American politics and governance, one when radicals intent on a revolution and craving major disruption will be not just a vocal minority but potentially dominating a governing body. We cannot risk the full consequences of that brutal reality.