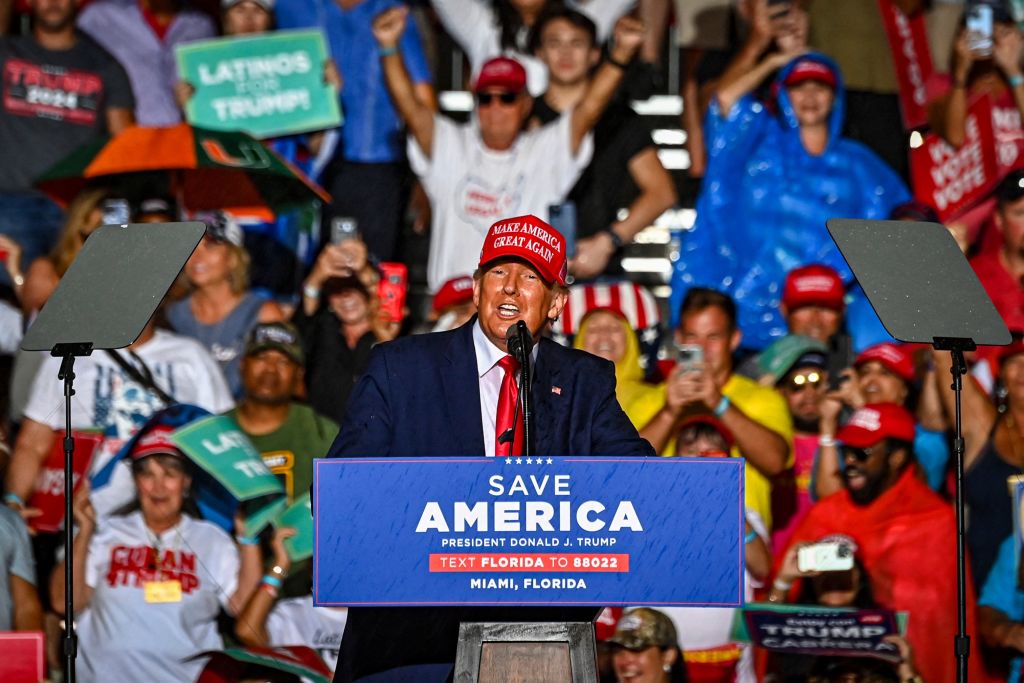 Even though the Republican Party’s lackluster performance in the midterm elections cast major doubts on Donald Trump’s future as their leader, that doesn’t seem like it’s going to stop him from announcing a possible new bid for the White House.

NBC News’ Marc Caputo reported that Trump will send out invitations today for the “very big announcement” he intends to make at Mar-a-Lago on November 15th. There has been abundant speculation that this will be Trump announcing a 2024 run for president, and Caputo spoke with a Trump adviser who told him the announcement — whatever it may be — will proceed as planned.

“The media, the corporate elites, and political establishment has all moved in unison against Donald Trump at their own peril,” said Caputo’s source. “It’s like they want to recreate 2015-2016. Let them. We are doing it again. Buckle up.”

A senior Trump adviser just confirmed Tues announcement & said “The media, the corporate elites, and political establishment has all moved in unison against Donald Trump at their own peril. It’s like they want to recreate 2015-2016. Let them. We are doing it again. Buckle up”

Trump teased an intent to run for president again on countless occasions before the midterms on Tuesday. Despite Trump’s claim that he should only get credit for the midterm election results if his endorsed candidates win, the fact that so many of his candidates lost have raised new public questions about whether the GOP should move on from the ex-president.

Since the elections, Trump has tried to cast the results in a positive light for himself, argued the Republican Party is to blame for its own shortcomings, and he lashed out at media coverage on his accountability to the GOP’s nationwide disappointment. As political observers speculate whether Florida Governor Ron DeSantis should take Trump’s place as head of the party, Trump’s former White House press secretary has suggested that he ought to postpone next week’s announcement of a presidential run.