Obama to campaign for Warnock on Dec. 1 before Ga. runoff 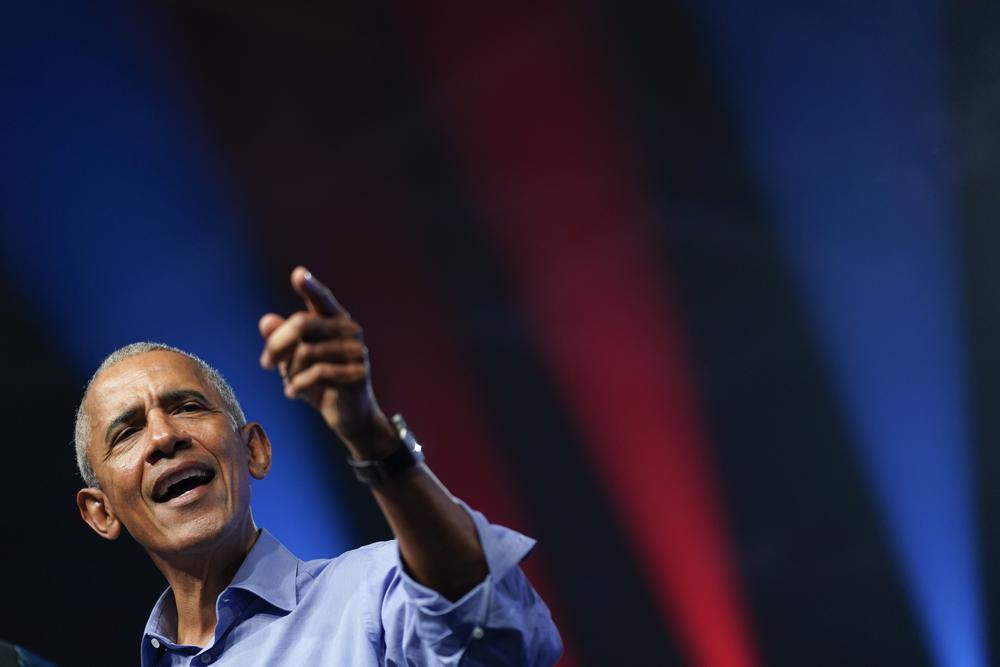 Former President Barack Obama, reprising his battleground blitz ahead of the midterm elections, will campaign again for Sen. Raphael Warnock as the Georgia Democrat tries to withstand a strong challenge from Republican Herschel Walker before their Dec. 6 runoff.

Obama’s return trip to Georgia is scheduled for Dec. 1, the eve of the final day of early in-person voting that has proven critical to Democrats in recent years, including Warnock’s runoff special election victory nearly two years ago. Obama first appeared with Warnock in late October during the general election early voting period.

Warnock led Walker by about 36,000 votes in the general election but fell short of a majority, triggering a runoff under Georgia law.

Obama is the only significant national Democrat to campaign in person for Warnock, who has spent much of his reelection bid aiming for independent voters and even moderate Republicans, in addition to Democrats’ core supporters. Republicans, in turn, have sought to frame the race more as a national referendum on the two parties, tying Warnock to President Joe Biden and generationally high inflation.

Democrats managed to defend their Senate majority, already securing 50 seats — along with Vice President Kamala Harris’ tie-breaking vote — and managing to limit Republicans to a threadbare majority in the House. But Georgia remains a key seat because a 51st senator would give Democrats an outright majority, including on Senate committees, while giving the caucus insurance against defections.

Warnock and other Democrats around the country embraced Obama as well-positioned to carry the party’s banner because he remains intensely popular among the Democratic base and is still well-regarded among independents.

Trying to capitalize on that standing before the general election, Obama took on the GOP framing of voters’ midterm choice, arguing that Republicans were offering no real solutions to inflation that the former president stressed is a global phenomenon, not something that Biden and Democrats in Washington created. Obama also called Republicans a threat to democracy, pointing to many GOP leaders’ continued support for former President Donald Trump and his false claims that the 2020 election was fraudulent.

In Georgia specifically, Obama hammered Walker, a celebrity athlete turned politician, as woefully unprepared for the Senate, an argument Warnock is pressing both in his campaign speeches and in paid advertising.

Walker has welcomed a parade of national Republican figures, including multiple visits from Sens. Rick Scott of Florida, the GOP’s Senate campaign chairman, and Lindsey Graham of South Carolina. But he has not appeared with Trump, despite their long-running friendship and the former president encouraging Walker to run and then endorsing him.

Most early in-person voting for the runoff is expected to occur from Nov. 28 through Dec. 2, the week prior to the runoff Election Day. Some counties plan to open early voting sites as early as Tuesday, but many counties said they couldn’t manage that in the days ahead of Thanksgiving. A state judge last week granted Democrats’ request to allow early voting on the Saturday after Thanksgiving, though state officials have appealed. It’s not clear how many local elections offices would be able to mobilize to stand up early sites on the holiday weekend even if they are allowed to do so.