GOP faces further Trump reckoning in Georgia and beyond 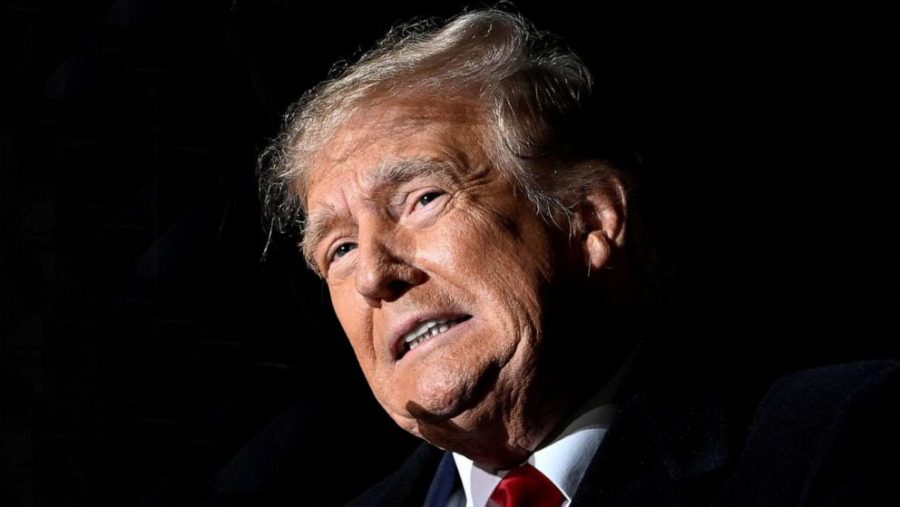 If there are limits to how much major Republicans can ignore former President Donald Trump’s actions and musings, Trump seems intent on finding them.

And if 2022 posed a test of Trumpism that the GOP failed, it might not be done quite yet.

Trump’s call for a new presidential election that he says would toss aside even rules “found in the Constitution” — coming just days after he dined with Kanye West and a notorious white supremacist — amounts to a double-barreled self-inflicted blow to his viability and credibility.

It also comes as Republicans chart a path forward on multiple fronts. House Republicans are trying to coalesce behind a new speaker. The only viable candidate for that job, Kevin McCarthy, has famously curried favor with Trump and has sought to perfect the art of nonresponsive responses to Trump outrages.

Trump also looms over the emerging 2024 race as the only declared major candidate and a consistently disruptive voice.

Then there’s Georgia — a state familiar with GOP setbacks fueled by Trump. In Tuesday’s Senate runoff, Republican voters being asked to dig out of an early-voting hole while putting aside not just Trump’s history but that of his chosen candidate in the quest for a 50th conservative in the upper chamber.

Republicans on the Sunday shows fell back to responses about wanting to “move forward” and not wanting to respond to Trump’s latest. Moderate Rep. Dave Joyce, R-Ohio, said on ABC’s “This Week” that he doesn’t think Trump will win the nomination. But, despite Trump’s latest call to violate the Constitution, “I will support whoever the Republican nominee is,” Joyce said.

Dismissing what the former president says and does may suffice rhetorically for the time being. But it matters for Republicans — in upcoming elections and through at least as long as Trump maintains his presidential candidacy this time around.

The last results of the 2022 election cycle came in over the weekend, adding one more seat to the Republicans’ narrow majority.

That tight winning margin, paired with evolving intraparty debates among the MAGA-leaning Republicans about party leadership, has been casting a shadow over the future of Rep. Kevin McCarthy’s speakership. Despite brewing divisions, there does not appear to be a leading alternative to McCarthy, and most party members express confidence about him assuming the post in the new year.

“A month is a long time in politics, but I am confident that Kevin McCarthy will have 218 votes on Jan. 3 to become speaker,” Rep.-elect Mike Lawler said during an interview Sunday with CNN. “And I myself, as has been alluded to, am in full support of Kevin. And, frankly, Kevin is the only person that I will be voting for, for speaker, if it’s one vote or multiple votes.” Lawler added that Republicans are “not going to be held hostage by a handful of members.”

Although some Republicans blamed Trump for midterm losses, those in the former president’s orbit, as well as Trump himself, continue to amplify his stature in the party. Last month, Jason Miller — who served as a former senior adviser to Trump and organized his third presidential announcement — said if McCarthy “wants to be speaker, he must be much more declarative that he supports President Trump” in 2024.

Incoming Democratic House Minority Leader Hakeem Jeffries wouldn’t weigh in on the situation across the aisle.

A key Democratic committee has approved the White House’s proposal for shaking up their nominating calendar in the 2024 presidential race, expanding the current window of early states from four to five and nixing the historic Iowa caucuses.

The Democratic National Committee’s Rules & Bylaws Committee, the body which approves rules changes, voted nearly unanimously on Friday afternoon to pursue the following changes: for South Carolina — not Iowa — to kick off the nominating process followed by Nevada and New Hampshire sharing the spotlight on the same day, then Georgia and finished off by Michigan. The last two states would be new additions to the early nominating window.

These changes now go to the DNC’s larger body for approval at the beginning of next year — but the DNC’s word is not final, as some states’ elections are controlled by Republicans, such as Georgia and New Hampshire, who have little to no incentive to set dates that benefit Democrats.

Additionally, New Hampshire has a law on the books that necessitates it be the first primary in the early window, which is not easily undone.

Amid these shifting sands, Republicans have signaled minimal interest in changing their own calendar, opting for business as usual. That means that if the DNC gets its way, Republicans will be politicking in Iowa during the 2024 campaign, chumming it up at state fairs, while Democrats are in Columbia or Charleston, South Carolina, splitting up national media coverage, advertising dollars and attention during what’s set to be a high-stakes primary season.