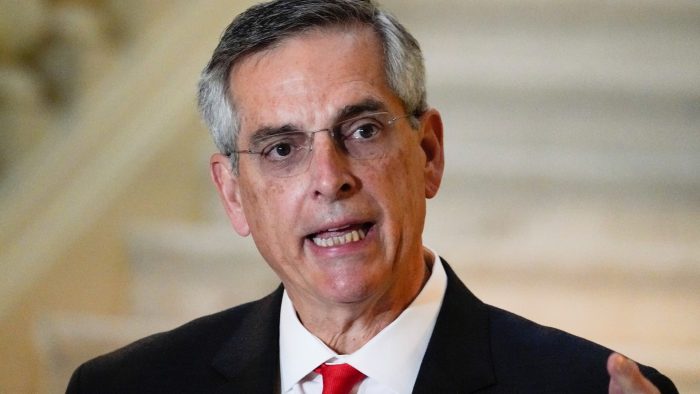 For Georgia voters, it may have seemed like a never-ending midterm cycle, with voters ultimately sending Sen. Raphael Warnock back to Washington.

For Georgia voters, it may have seemed like a never-ending midterm cycle, with voters ultimately sending Sen. Raphael Warnock back to Washington.

But if he garnered more votes than Republican challenger Herschel Walker in November, why did voters have to return to the polls a month later?

It’s because Georgia is one of only two states — the other is Louisiana — that continue to hold general election runoffs.

But in a release Wednesday, Georgia Secretary of State Brad Raffensperger — who was elected in a four-week runoff just four years ago — called on the General Assembly to change that, saying, “Georgia is one of the only states in the country with a general election runoff … We’re also one of the only states that always seems to have a runoff.”

Georgia’s majority voting law dates back to the 1960s. It was introduced by staunch segregationist legislator Denmark Groover.

Even now, the law makes it more challenging for any group that forms a minority in the population to elect its candidates of choice.

Back then, most of the legislators who supported the idea of a runoff hoped it would weaken the Black vote.

“I think there will probably be a debate — it’s up to the legislature,” said Gabriel Sterling with the Georgia Secretary of State’s office.

Just last week, on the night of the runoff, election officials spoke with Newsy about alternatives.

“We could go back to the old 45% that was in existence in the early ’90s, maybe an instant runoff,” Sterling said.

Georgia also settled the nation’s final Senate seat in a runoff in January 2021.

Raffensperger added, “It’s even tougher on the counties who had a difficult time completing all of their deadlines, an election audit and executing a runoff in a four-week time period.”