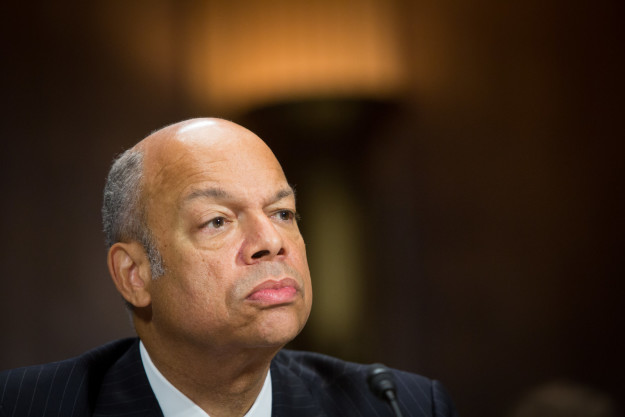 Homeland Security Secretary Jeh Johnson said Wednesday he is increasingly concerned that hackers could infiltrate the nation’s electoral system and said the Obama administration is considering ways to bolster it from attacks.

With an increasing number of voting machines using wireless technology to collect and tabulate votes, the risk of cyber attacks has grown significantly, Johnson said. “We are actively thinking about election cybersecurity … [and] whether our election system,” he said, “is critical infrastructure … like the electric grid.”

Johnson, who spoke with reporters at the Monitor Breakfast in Washington, DC, said designating the nation’s election system as critical infrastructure would trigger significant new cybersecurity investments by DHS and would make it a focus of the agency’s efforts.

But how DHS can go about shoring up the election system’s cyber defenses is significantly complicated by the fact that more than 9,000 jurisdictions have authority over voting.

In order to do so, DHS will have to coordinate with “states, cities, counties, who all have their own way of doing business, down to the nature of the ballots, the nature of how votes are collected and tabulated.”

Although Johnson did not provide specific examples of what steps DHS may take, he did say he would likely send out a set of basic cybersecurity best practices to election officials soon. “And then I think there are probably longer term investments we need to make,” he said.

Meanwhile, on immigration, Johnson said that while he has been pleased broadly with his department’s efforts to curb undocumented migration into the country, he acknowledged the Obama administration’s work specifically on Central American migrants has fallen short.

“We have not been happy with the numbers, which is why we’re expanding the publicity around the existing {Central American Migrant] program” to bring people into the parole and asylum system rather than crossing into the country illegally.

Although Johnson did not directly comment on Donald Trump’s anti-Muslim rhetoric, he stressed that he thinks “it’s critical to our homeland security mission that we build bridges to American Muslim communities. [And] overheated rhetoric and vilification of American Muslims is counter to those efforts.”

Johnson, who also oversees the Secret Service, did not directly comment on Trump’s use of his federally funded protection detail to enforce press pens and media bans at his campaign events.