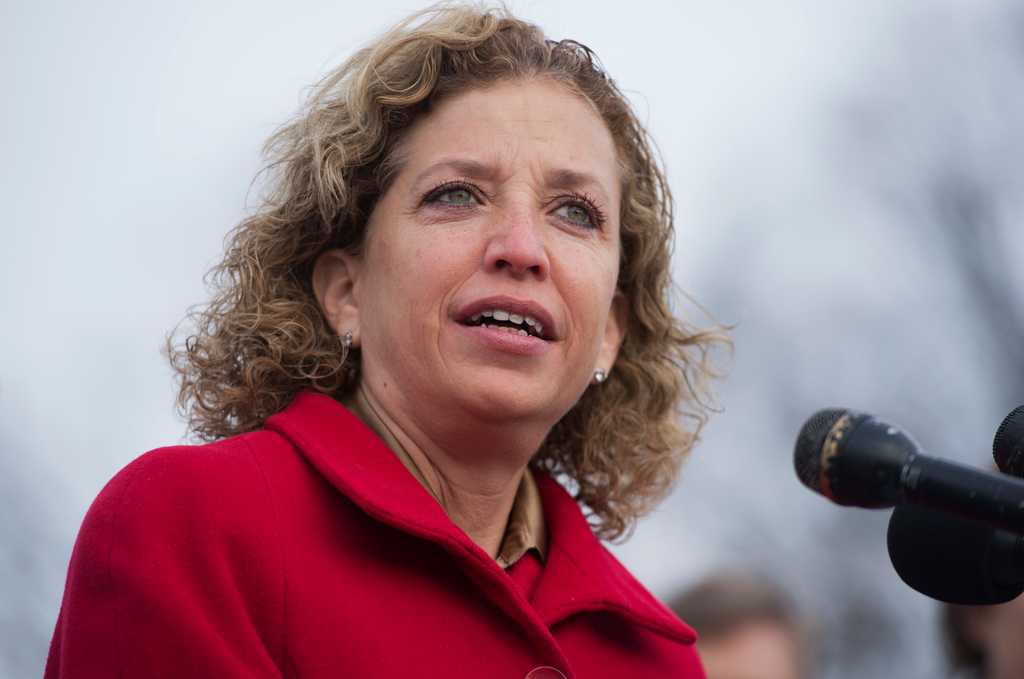 With the conventions over and Republican Donald Trump and Democrat Hillary Clinton locked in a close contest, a ground-level fight for an edge in the presidential race will unfold this summer in the nation’s courts.

Legal challenges to state election laws are still working through federal courts and possibly on to the Supreme Court this fall. The outcome of those cases on issues such as photo identification, polling locations and registration could affect voter turnout in about a dozen swing states.

The courts have been siding with challengers to election law changes, including rulings in July to soften voter ID laws in Texas and Wisconsin, block a voter ID law and other election changes in North Carolina, halt a voter ID requirement in North Dakota, and strike down a registration law in Kansas.

The ground game of the presidential campaigns could matter even more this year. Besides the presidency, control of the U.S. Senate is at stake and the fate of other down-ballot races could rise and fall on the same currents.

In Michigan, for example, a federal judge in July struck down a Republican-backed state law ending straight-party voting, a practice in which a voter can cast a vote for all offices with one mark. Now the U.S. Court of Appeals for the 6th Circuit is expected to decide on the issue before the Nov. 8 election.

“It does show you at places where the election can be expected to be close, the sides are fighting what can be a game of inches,” said Rick Hasen, a law professor at the University of California, Irvine who follows election law litigation.

Long lines at the polls were one of the voting issues that surfaced in states in the 2012 election. And the issue is back, most notably in Maricopa County, Arizona, the state’s most populous, where long lines during the March 22 primaries resulted from fewer polling places ostensibly as a cost-saving measure. The Democratic National Committee filed a lawsuit over that and other voting provisions that it says disenfranchises minorities.

“The issue isn’t just that voting locations were severely cut back,” Debbie Wasserman Schultz, then chairwoman of the DNC, wrote in May in an op-ed column for The Arizona Republic.

“Many polling locations have been moved or changed, causing more unnecessary confusion,” the Florida congresswoman wrote.”In fact, almost half of all Maricopa County polling locations changed between 2006 and 2008, and election officials actually have more changes planned before Election Day in November.”

[ Minority Voters Disenfranchised in Arizona, Democrats to Allege in Lawsuit ]

Oral arguments in the DNC’s request for a judge to order Maricopa County to avoid those problems is set for Sept. 2. 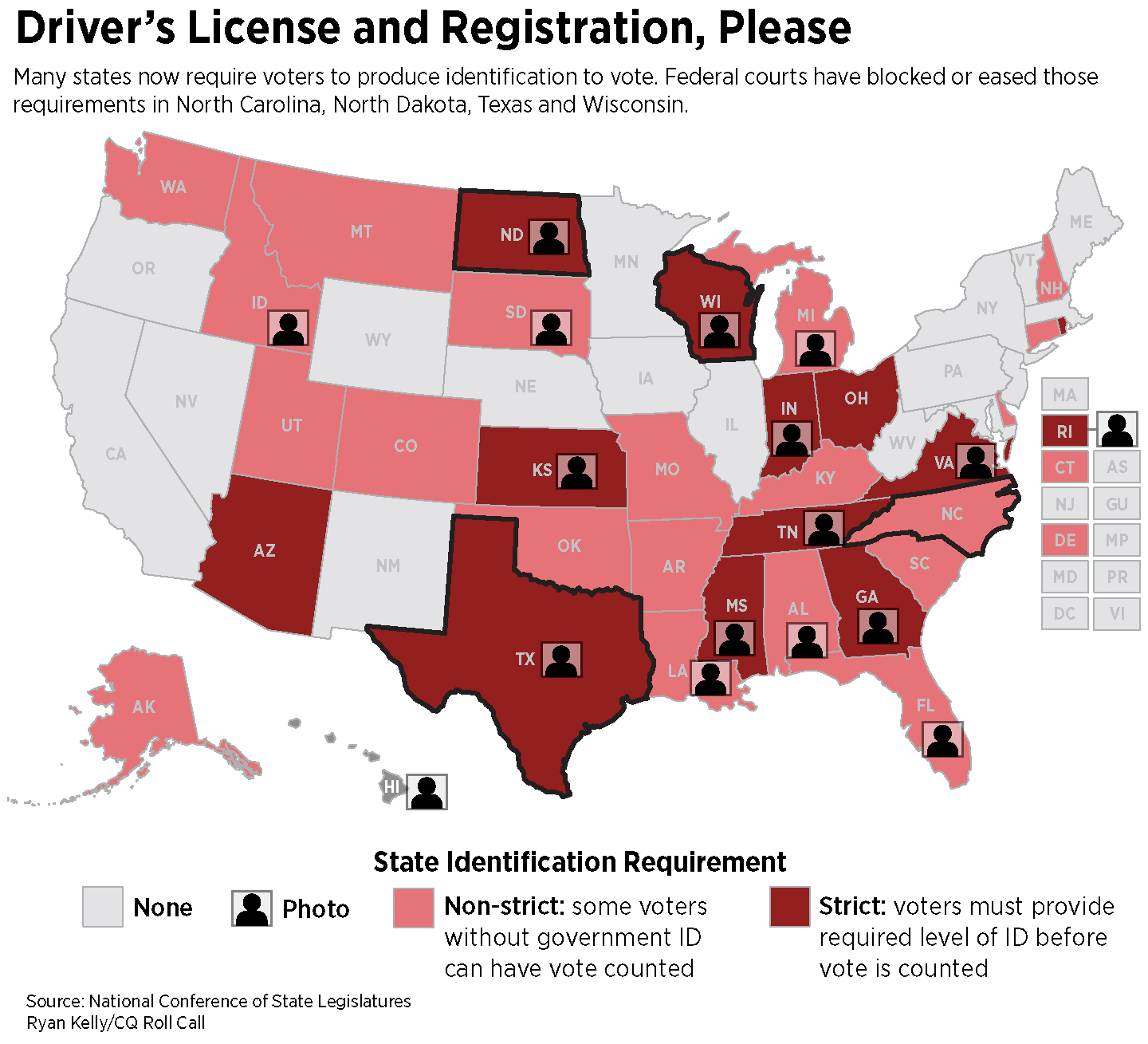 The challenges this year have a similar theme: Republican state lawmakers changed election laws, often in the name of ensuring the integrity of the vote, in the wake of the Supreme Court’s decision in Shelby v. Holder in 2013 that gutted a key enforcement provision of the Voting Rights Act of 1965.

That provision had required nine states and other jurisdictions — including Arizona, Texas, Virginia and dozens of North Carolina counties — to get “preclearance” from the Justice Department before they could implement voting changes. Without it, states could make changes without seeking approval that some considered discriminatory. Democratic groups challenged those changes in the name of voter protection.

“In some ways, it’s the same old, same old in that we have litigation over voter rules working their way through,” Hasen said. “What’s different this time is there seems to be an emerging recognition that some restrictions on voting have gone too far and courts need to come in and provide some relief.”

The North Carolina Board of Elections said in a statement that it will not ask voters to show photo ID this election, absent alternative guidance from the courts.

“This ruling will very likely have a noticeable impact on elections in November, both at the state and national level,” said Kerry Haynie, an associate professor of political science at Duke University. “North Carolina is now, without question, a battleground state in which the Hillary Clinton campaign and other Democrats have received a major boost.”

North Carolina, which has 15 electoral votes, split in the two most recent presidential elections with Barack Obama carrying it in 2008 and Mitt Romney winning there in 2012.

Two Republican legislative leaders in North Carolina said they would appeal the ruling to the Supreme Court, which remains shorthanded with eight justices. If the Supreme Court is tied, that ruling would uphold the lower court’s order and give no further guidance on photo ID.

If North Carolina takes that route, it likely won’t be the only one asking the Supreme Court to step in and resolve an election dispute in the months before the vote. “There will be a flurry of emergency applications getting to the Supreme Court between now and November,” said Edward B. Foley, an Ohio State University professor who specializes in election law.

Yet to be fully resolved are decisions from courts that curbed voter photo identification laws in Texas and Wisconsin, which are much less dramatic wins for those challenging the laws — and that could influence turnout as well.

The courts in those cases seemed to find a middle ground that didn’t invalidate completely a voter ID law, but insisted on accommodation for voters who genuinely would be disenfranchised from voting because they have trouble obtaining one, Foley said.

“As a legal proposition, that works,” Foley said. “But turnout is not just about disenfranchisement, it’s about convenience.”

In that way, the Texas and Wisconsin laws could still prove to be a hurdle to voting for those who aren’t too motivated to participate in the election.

There are other states facing issues, including a legal challenge to the purging of voter rolls in Ohio and a recent decision by the Virginia Supreme Court to stop Gov. Terry McAuliffe’s effort to let 200,000 felons vote. In a twist, that lawsuit was brought by state Republicans. Both states are swing-state prizes in the presidential election.