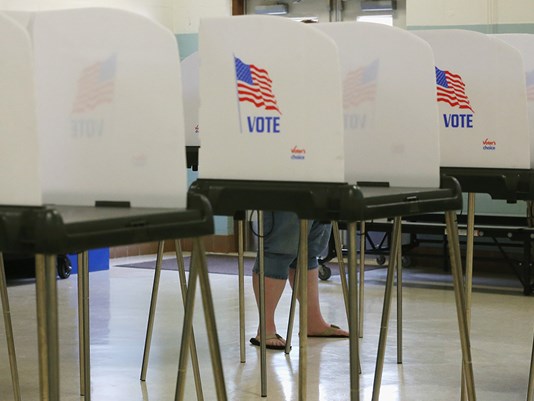 The evidence is piling up: If the law allows Texas and other states to discriminate, they will discriminate.

Photo voter ID laws, which require voters to offer photographic proof that they are who they say they are, have been flopping in federal courts across the country.

The Texas law took a blow from the U.S. 5th Circuit Court of Appeals and was sent back to the trial court to put something better in place in time for the November elections. The court said the Texas law had a racially discriminatory effect. Importantly, it asked the trial court to decide whether that had been the state’s intent.

Parts of Wisconsin’s voter ID law were knocked down by a federal judge who said the state was disenfranchising voters because of its “preoccupation with mostly phantom election fraud.” The state is appealing that decision.

This week, a federal judge froze North Dakota’s voter ID law, saying it made it harder for some Native Americans in that state to vote. The judge didn’t strike the law altogether, but state officials say they’ll revert to their old laws for this year’s election.

It’s not just voter ID laws. Litigation over political districts drawn in 2011 by legislators for congressional and Texas House races is still pending in federal court in San Antonio. In the meantime, interim maps have been used in 2012, 2014 and through this year’s primaries. It looks like they’ll be in place for the general election.

Maybe legal maps would look very similar to what we’ve been using, but there’s no way to know until the court rules. The court is also delaying its own decision — and the decisions of whatever appeals courts are called in — on the question of whether state lawmakers intentionally drew those maps to cheat minority voters out of their electoral power.

The judicial dithering has eaten half the decade. Regardless of what happens to the 2011 maps, state lawmakers will draw new ones in 2021 — after the 2020 census — and the never-ending redistricting litigation will get its decennial reboot.

Until the U.S. Supreme Court ruled in an Alabama redistricting case, Shelby County v. Holder, in 2013, the Voting Rights Act required Texas and other states with a history of discrimination to get permission — pre-clearance, they called it — from the federal government before they could put new election or voting laws in place. In that case, the court said that conditions had changed and that the list of covered states should be cleared.

The pre-clearance provisions are still on the books, should any states start intentionally discriminating against minority voters.

“Voting discrimination still exists; no one doubts that,” Chief Justice John Roberts wrote for the majority in the Shelby case. “The question is whether the [Voting Rights] Act’s extraordinary measures, including its disparate treatment of the States, continue to satisfy constitutional requirements. As we put it a short time ago, ‘the Act imposes current burdens and must be justified by current needs.’”

Some states — Texas among them — seem to be in a hurry to make the case for current needs.

The difference is whether the states are on a long legal leash or a short one — and what happens to voters as a result. States that have to get permission can’t change their voting laws at will; the idea is that voters are protected while the feds weigh in. States that don’t have to seek permission — that’s where Texas is today — can change their laws and force the affected voters to sue to get their rights back, if in fact their rights were denied.

States that don’t have to seek permission — that’s where Texas is today — can change their laws and force the affected voters to sue to get their rights back, if in fact their rights were denied.

The Texas law affected at least 600,000 eligible voters, according to the expert testimony in the case. Those potential voters have been through several major elections — including this year’s primaries — while the courts were busy finding that the Texas voter ID law discriminates.

Had Texas still been under pre-clearance, those people would have been unimpeded in their voting while the lawyers battled in court.

There is a parallel here to the redistricting case languishing in federal court in San Antonio. If there’s something wrong with the maps the state is using — or something that would be changed had the courts already ruled — it remains wrong until the judges act.

Suppose the judges in one of those Texas election and voting cases — voter ID or redistricting or something else — find that the state has intentionally discriminated. The “current need” of Texas voters for protection from Texas lawmakers might then be established.

That would make a big difference. Voters wouldn’t have to go to court to prove they were wronged. Discriminatory laws wouldn’t remain in force while the lawyers bicker and the judges ruminate. The state would once again be asking for permission, instead of waiting until later and asking for forgiveness.