Is The Election Rigged? Yes, But Not As Trump Says 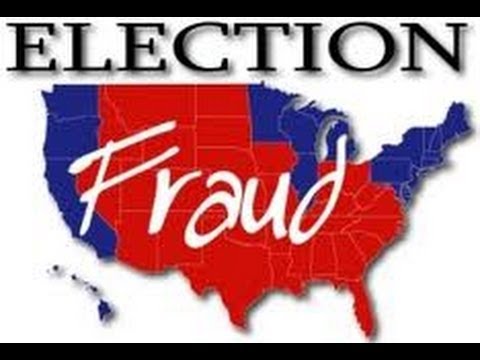 Recently, Donald Trump has been complaining that the election is “rigged.”

He points vaguely to recent federal court decisions that have struck down some voter ID provisions, and he has predicted wholesale voter fraud.

Study after study has shown that in-person voter fraud in this country is vanishingly rare. But is there evidence that voter participation is being manipulated? I decided to take a closer look at the state of play.

In recent years, access to the ballot box in this country has been shaped by two broad trends. To begin with, a number of states have eliminated or softened provisions that had prevented people with a criminal conviction from voting. This is part of the trend in criminal justice reform, which I have described before, in favor of giving people a second chance.

We have a long way to go in this regard, and a prior conviction still prevents nearly 6 million people from participating in the democratic process, but these steps have added over 900,000 people to the rolls over the past 20 years, at least according to an analysis by theSentencing Project.

At the same time, a number of state legislatures are considering or have enacted provisions that make it easier for eligible residents to register and vote. According to a detailed analysis by the Brennan Center at NYU Law School, in the 2016 legislative session alone, legislators in more than 40 states and the District of Columbia have introduced over 420 bills to enhance or facilitate voting access. For the fourth year in a row, the number of bills introduced nationwide that would make it easier to vote have outpaced their opposite.

Yet a number of states have resisted these expansionist trends, and in some cases have moved aggressively in the other direction. Twelve states take the most restrictive approach to felon disenfranchisement, limiting voting rights even after a person has completed her prison sentence and is no longer on probation or parole.

The people thus excluded from the rolls in these 12 states—Alabama, Arizona, Delaware, Florida, Iowa, Kentucky, Mississippi, Nebraska, Nevada, Tennessee, Virginia and Wyoming—make up 45 percent of the disenfranchised population nationwide.

Because six states are on both lists (Alabama, Arizona, Mississippi, Nebraska, Tennessee and Virginia), we have a total of 21 states that take the most aggressively restrictive approach to voting. What’s up with these 21?

Perhaps this table will help us answer that question:

This table lists the 15 states with restrictive voting provisions in place for the 2016 presidential elections, as well as the 12 states with the most restrictive provisions regarding felon disenfranchisement. As noted, this is a total of 21 states.

The third and fourth columns record how those states voted in the 2008 and 2012 presidential elections; the fifth column records which party has local control in the state capitol and governor’s mansion. The sources for this table are the reports from the Brennan Center and Sentencing Project linked in this column, The New York Times election maps for2008 and 2012 and information on partisan composition at the state level provided by theNational Conference on State Legislatures.

So, is there a parallel between the presidential vote in the last two elections and restrictive voting practices?

Not really. In 2008, a bare majority of the states (11 of 21) cast their electoral votes for John McCain rather than Barack Obama; in 2012, the number grew by only one (Indiana). The number tilts slightly to the GOP, but not by much.

On the other hand, both felon disenfranchisement and voting procedures are governed in the first instance by state law. For that reason, I also looked at the party in control at the state level. And it is here that the numbers become most revealing.

In four of the remaining six states, Republicans control either both chambers in the legislature or one chamber and the governorship. Democrats have a trifecta in only two of the 21 states—Delaware and Rhode Island—and there is no state where Democrats control two of three chambers.

Jean-Marc Thelusma Jr. peeks out from a voting booth while his father Jean-Marc Thelusma Sr. casts his ballot in Somersworth, New Hampshire, on November 4, 2008. Joseph Margulies writes, “I don’t believe the elections are rigged. But if they are, it appears that Trump has confused the riggers and the riggees.”ADAM HUNGER/REUTERS

Moreover, in 14 of the 15 states that passed voting restrictions that will be in place for the upcoming presidential election, Republicans either have a trifecta or control two of the three chambers. In one of those states—New Hampshire—Republicans control both chambers of the legislature and overrode the Democratic governor’s veto of a voter ID requirement.

In fact, the numbers on this score are even more striking than this table can convey. There were originally 17 states that passed restrictive voting statutes that would have been in place in the 2016 elections, but the statutes in North Carolina and North Dakota were struck down or enjoined by the federal courts.

In North Dakota, a federal court found that the law imposed “excessively burdensome requirements” on Native Americans, in violation of the Equal Protection Clause. And in North Carolina, the U.S. Court of Appeals for the Fourth Circuit recently held that “because of race, the legislature enacted one of the largest restrictions of the franchise in modern North Carolina history,” a step taken “with discriminatory intent.” In both of these states, Republicans have a trifecta.

A number of events reinforce the apparent connection between local Republican control and restrictive approaches to voting:

So what is there to say about all this? Like President Obama, I do not believe the elections are rigged. But if they are, it appears that Trump has confused the riggers and the riggees.