Citing Donald Trump’s controversial call to his supporters to challenge voters at the polls, a leading civil rights group is urging international election monitors to beef up their efforts to observe this November’s U.S. presidential contest.

It’s the latest reflection of deep concern among voting rights advocates about potential voter intimidation and suppression this fall.

In a letter sent Saturday, the Leadership Conference on Civil and Human Rights asked the Warsaw, Poland-based Organization for Security and Cooperation in Europe (OSCE) to “greatly expand” its U.S. election monitoring program.

“A confluence of factors,” the civil rights group said, has made racial discrimination in voting a greater threat than at any time in recent history.

“The unprecedented weakening of the Voting Rights Act has led to a tidal wave of voter discrimination efforts nationwide and has required the United States to drastically scale back its own election monitoring program,” wrote Wade Henderson and Nancy Zirkin, president and vice president respectively of the Washington, D.C.-based Leadership Conference. “In addition, a leading presidential candidate who has made the demonization of racial, ethnic, and religious minorities a hallmark of his campaign has recently urged supporters to challenge voters at polling sites nationwide.”

The letter also urged OSCE to target its resources on states where racial discrimination in voting or voter intimidation are particular threats. It singled out Pennsylvania, North Carolina, Alabama, Georgia, Arizona, Wisconsin, North Dakota, and Texas.

All those states have imposed restrictive voting laws or rules in recent years, though several have been blocked or softened by courts.

An OSCE spokesman declined Monday to comment on the letter, saying the organization planned to respond directly to the Leadership Conference on Tuesday.

In June, OSCE issued a “Needs Assessment Mission Report,” in which it said it planned to send 500 monitors to the U.S.

Trump has lately warned on the campaign trail, without evidence, that court rulings against voter ID laws could let people vote up to fifteen times, enabling Democrats to steal the election.

In one stop in Altoona, Pennsylvania, he singled out “certain sections” of the state as particularly prone to fraud.

“Go down to certain areas and watch and study and make sure other people don’t come in and vote five times,” Trump said. How likely is voter fraud in November? 4:07

Trump’s first general election TV ad, released last week, reinforces that message. In its second frame, it shows a polling place, with the words “system rigged” on the screen.

All this has led many voting rights advocates to fear that some Trump supporters, inflamed by their candidate’s rhetoric, could actively try to keep legitimate voters from the polls.

In one potential sign of trouble to come, a Florida-based Trump backer tweeted Friday: “We gonna be watch’n fer shenanigans…& haul ya away,” above a photograph of a pickup truck with a cage in the truck bed. 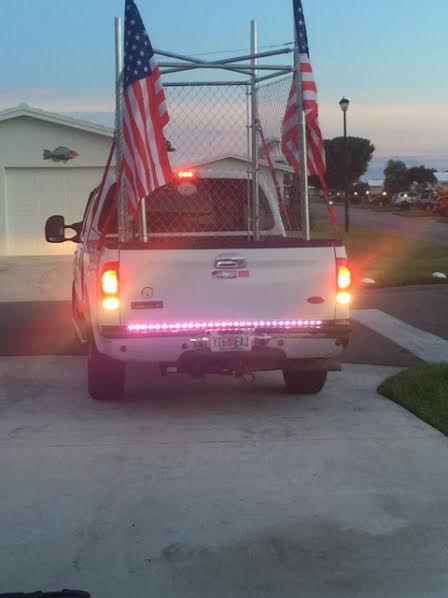 Florida we gonna landslide TRUMP….wear’n red at polls… We gonna be watch’n fer shenanigans…& haul ya away..

Those concerns have been heightened by last month’s announcement by the U.S. Justice Department that it will reduce the number of its own election observers deployed to polling places this fall.

The DOJ said the pull-back was required by the Supreme Court’s 2013 ruling inShelby County v. Holder, which significantly weakened the Voting Rights Act, though some voting rights advocates have called that an unnecessarily conservative reading of the ruling.

The OSCE is perhaps best known as an international security organization, but its human-rights arm sends election monitors at the request of member states. The U.S. government has invited OSCE monitors to observe the last three presidential elections, as well as the upcoming one. And American observers, under the OSCE’s auspices, have monitored elections in Russia, Ukraine, and other countries. The subtext of Trump’s pitch to black voters 4:25

OSCE monitors have no legal authority to affect election proceedings. Still, in 2012, Greg Abbott, then the Republican Attorney General of Texas — he’s now the state’s governor — threatened to arrest OSCE monitors sent to his state.