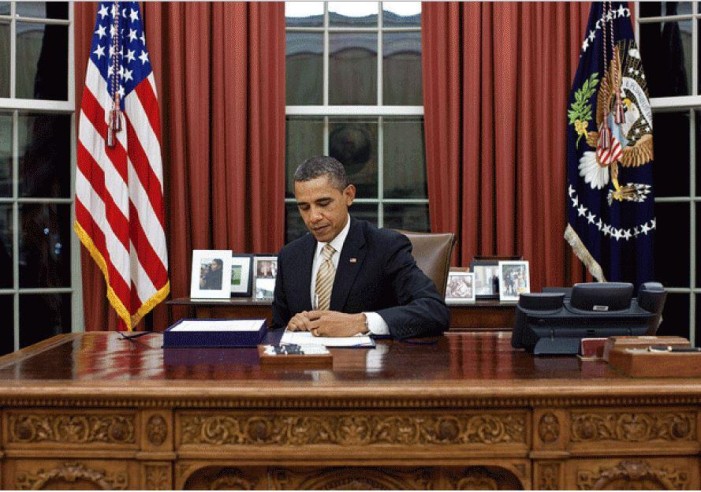 [lead]Seven Senate Democrats, who all sit on the Senate Intelligence Committee, have sent a request to President Obama asking him to declassify all materials related to Russia interfering in the US presidential election.[/lead]

Seven Senate Democrats, who all sit on the Senate Intelligence Committee, have sent a request to President Obama asking him to declassify all materials related to Russia interfering in the US presidential election.

Seven senators, all of whom sit on Senate Intelligence, ask Obama to declassify more info about Russian interference in the U.S. election pic.twitter.com/GXgAoMhNHd

Along with the recount, the American people deserve the details about Russia’s meddling in the presidential election. Once Trump takes office, those details will never be released, so it is up to President Obama to make the information public so that the American people can decide for themselves if the election was tampered with, and what if any role potential interference from Russia played in the presidential election.

It is easy to understand the President’s desire for a smooth transition of power, but there are many unanswered questions that have cast a shadow over our the safety and security of our electoral system. As President, Obama owes it to the American people to ease their concerns. The best way to help people understand what happened, and prevent it from happening again, is to make the information available to the public.

The request from the Senate Democrats is also important because it hints that a Democratic investigation is coming into the role that Russia played in helping Trump win the election. Democrats don’t have to be in the majority to conduct their own investigations, and the desire for more info from Intelligence Committee Democrats suggests that questions about the Trump/Russia connection aren’t going away anytime soon.

President Obama has a responsibility to his country to release the classified intelligence. The degree of Russia’s interference in the election is something that every American deserves to know.