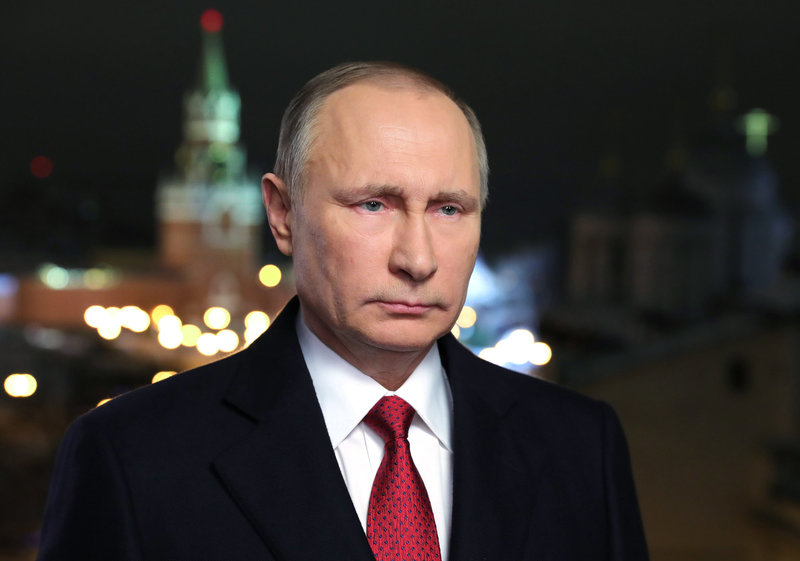 “Russia’s goals were to undermine public faith in the US democratic process, denigrate Secretary Clinton, and harm her electability and potential presidency,” the public version of the report from the FBI, the CIA and the National Security Agency states. “We further assess Putin and the Russian Government developed a clear preference for President-elect Trump.”

This is the first time the U.S. government has leveled these accusations directly at Putin, as NPR’s Mary Louise Kelly reports. “It’s obviously a big deal to level that kind of charge at the head of state of a foreign country,” she says.

The report does not weigh in on whether this “influence campaign” changed the outcome of the U.S. election.

Here are some of the report’s key findings:

You can read the public version of the report here:

On Oct. 7, the U.S. first formally accused Russia of hacking the computers of the Democratic National Committee and other U.S. political organizations. “We believe, based on the scope and sensitivity of these efforts, that only Russia’s senior-most officials could have authorized these activities,” the joint statement from the Department of Homeland Security and the Office of the Director of National Intelligence said.

Since then, intelligence officials have doubled down and expanded upon the accusations. “We stand more resolutely on that statement,” Director of National Intelligence James Clapper said Thursday during a Senate Armed Services Committee hearing, as NPR’s Brian Naylor reported.

In December, the FBI threw its weight behind the CIA’s assessment, as NPR’s Carrie Johnson reported: “The entire intelligence community, in fact, is now in alignment that the hacks were partly motivated to try and install Trump as president.”

In a statement, Trump called the meeting “constructive” and added that he has “tremendous respect” for the work of the intelligence community. He did not specifically blame Russia, saying it was one of a number of countries including China that are “consistently trying to break through the cyber infrastructure of our government institutions, businesses and organizations.”

Trump also stated that the hacks had “absolutely no effect on the outcome of the election.”

Remember, the report specifically states that it did not “make an assessment of the impact that Russian activities had on the outcome of the 2016 election.” It did say that the Department of Homeland Security “assesses that the types of systems Russian actors targeted or compromised were not involved in vote tallying.”

Prior to today’s briefing, Trump told The New York Times he believes the continued attention on the cyberattacks is politically motivated.

“They got beaten very badly in the election. I won more counties in the election than Ronald Reagan,” Trump told the Times. “They are very embarrassed about it. To some extent, it’s a witch hunt. They just focus on this.”

The White House announced sanctions against Russia last month in response to the cyberattacks.