Women are registering to vote in Pa. in numbers far exceeding men 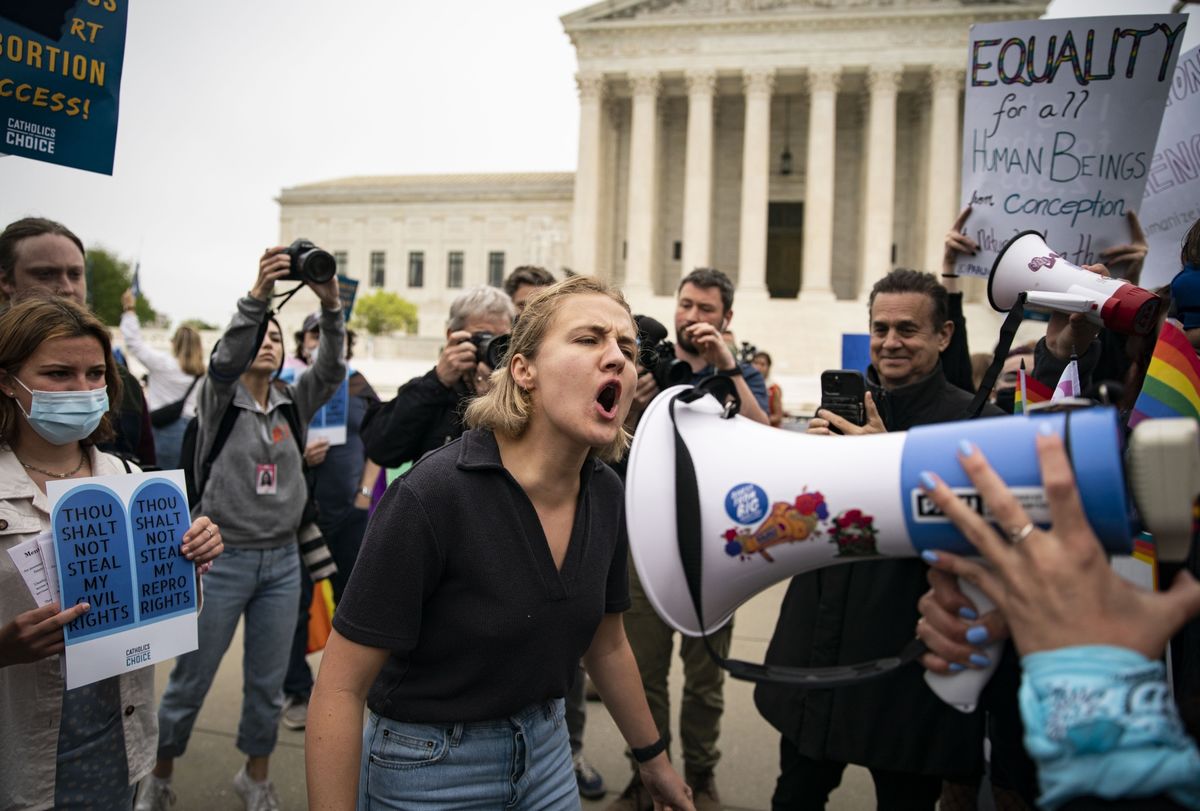 The voter registration envelope had been sitting in Kiera Coyle’s bedroom for months when her cell phone started blowing up that Friday in June.

Had she seen the news about the Supreme Court?

Coyle, an 18-year-old from Willow Grove, had been interested in voting but just hadn’t gotten around to it, busy preparing to leave for college, babysitting for a local family, and making trips to the Jersey Shore.

After hearing abortion could become illegal in some states, she dug the form out, registered as a Democrat, and sent it in.

“Not just me, but all my friends, we immediately registered to vote,” Coyle said. “If we have the voice to vote, we wanted it. … We were really enraged. We were like, ‘How are we going backward?’ ”

Thousands of women across Pennsylvania and the country have registered to vote since the June 24 Dobbs v. Jackson decision that overturned the federal right to an abortion in the United States.

Pennsylvania has had one of the nation’s biggest gender gaps in new registrations, according to Democratic voter data firm Target Smart, which said women have outpaced men by about 12 percentage points in new registrations since June 24. That gap is three times larger than their estimate of a 4-point difference in total registrations. (Gender is an optional field when registering to vote in Pennsylvania, so the state’s voter rolls don’t provide a complete picture of the gender split in registrations.)

Newly registered voters say they were motivated by the decision, and Democratic activists said they’re working to capitalize on that anger with voter registration drives and more women-focused organizing events. Similar voter enthusiasm and political organizing has followed other major events, including the racial justice protests in 2020 and the 2018 mass shooting at Parkland High School in Florida.

Dana Brown, executive director at the Center for Women in Politics, said there’s been a clear shift in motivation among Democrats since the ruling, and women are a main driver.

“Many people have been mobilizing since the decision to register voters, particularly in the younger demographic, because that’s where you have the opportunity for growth,” Brown said.

The surge in female voter registrations comes amid a flurry of registration activity as voters prepare for a major midterm election.

Voter registration patterns generally match broader voter enthusiasm in elections, with registrations spiking in major elections and staying very low in low-turnout election cycles. This year, state data show more than 63,200 new registrations have been processed online, the primary registration method, as of mid-August. By this time in 2020, there had been nearly 250,000 new online registrations — and last year, only 25,000.

As registrations continue to pick up heading into the November midterms, the tens of thousands of new voters will make up a small percentage of the state’s nearly 8.8 million registered voters. And registration numbers alone can be misleading, with Democrats in Pennsylvania historically holding a significant margin over Republicans in voter registrations — but when it comes time to vote, the state is much more evenly split.

But an increase in new registrations can signal broader enthusiasm for voting among the already registered electorate.

Of course, registering to vote is one thing, actually going out to do it is another, Brown noted. But as the recent data show, registrations grew at particularly high rates in some states where abortion rights are most at risk. That could signal people are being motivated by an issue they want to weigh in on through voting.

In Pennsylvania, abortion is legal but several bills that would severely restrict it have passed the state legislature only to be vetoed by Gov. Tom Wolf, whose term ends in January.

The Democratic candidate for governor, Josh Shapiro, has vowed to continue to veto abortion bans. His Republican opponent, State. Sen. Doug Mastriano, has said he believes all abortions should be illegal, with no exceptions. Who becomes governor in November could very well determine whether abortion is legal in Pennsylvania.

And the state legislature, long controlled by Republicans, could also be up for grabs.

“A lot of people, they heard abortion was punted to the state and then people run and go look at their state and they’re like, ‘Oh … I’m in one of the bad ones,’ ” said Jamie Perrapato, executive director of the Democratic group Turn PA Blue.

Pennsylvania’s U.S. Senate race could also be key. The winner could determine which party controls the chamber and whether abortion is codified — or restricted — at the federal level.

Turn PA Blue has seen an influx in women interested in registering to vote and they’ve upped their registration efforts and voter outreach. They also hold Women to Women Wednesdays in which volunteers have phone and online conversations with women around the state.

“This is motivating women. This is finally the straw where people don’t want to believe horrible things are happening, but you can’t deny it anymore,” Perrapato said. “We can lose abortion as of the ballot in November.”

‘Time to get involved’

For Elya Shaffer, part of the motivation to register in Pennsylvania was having a son.

“That just made it so much more real, on kind of like an emotional level, not just a theoretical or political level,” said Shaffer, who moved to Conshohocken from Naples, Fla., last year.

Shaffer, who is 35 and describes herself as more moderate, tends to vote based on issues and for her, abortion is an important one.

“I’m married, very much in a position to start a family. It was a choice. But it was a really rough pregnancy and just going through all the physical, emotional stuff you go through, not just during the pregnancy but postpartum, it’s so incredibly difficult, and forcing people to do that who aren’t ready or don’t choose to be, it was really all of that.”

Part of Shaffer’s delay in registering in her new state was being a busy new mom, but it was also just bad information: Shaffer didn’t realize that she could register to vote without a Pennsylvania driver’s license.

After the Supreme Court decision, not being registered in the state really started bothering her, and she went online and looked more closely at what was required to register.

“After the ruling, I thought about it constantly, to be honest,” she said. “It kept me up at night.”

Kristy Messina, a 43-year-old mother of three teenage girls, said her daughters inspired her to register for the first time.

Messina, who lives in Pittsburgh, registered this month.

“I am worried about my children, and worried that I may not always be able to help them as they navigate life,” she said.

“I’m angry that people think that they can still control us and want my children to get angry about it as well and fight for their rights.”

“Now I need to worry about their future,” she said. “It’s time to get involved.”