Youngkin On The Move: Including 2024 Early State 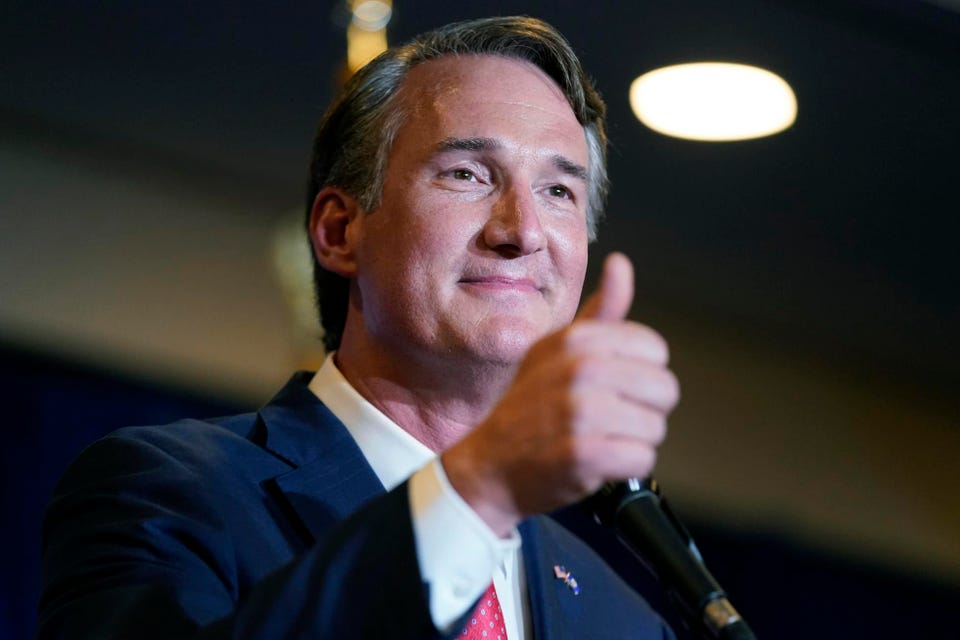 The Virginia governor will campaign on behalf of Nevada Republican gubernatorial candidate Joe Lombardo, among other stops this fall.

Virginia Gov. Glenn Youngkin is set to make a campaign stop next month in Nevada, his first appearance in early 2024 nominating state and part of a broader midterm push that’s coming amid speculation he’s weighing a presidential bid.

Youngkin, a Republican who took office this year after winning a November 2021 election, is slated to campaign and fundraise for Nevada gubernatorial candidate Joe Lombardo on Sept. 15, according to campaign plans shared first with POLITICO. While the governor has campaigned aggressively for Virginia Republicans, he has yet to take the step of campaigning in a state that will play a key role in deciding the party’s 2024 nomination.

Youngkin — who earlier this year launched a political action committee, another traditional step for a politician with national ambitions — is preparing a fall travel schedule that will include stops on behalf of Republican candidates for governor in more than a half-dozen states. The list includes Georgia, where Youngkin will travel next month to bolster Gov. Brian Kemp, who is in a high-profile race against Democrat Stacey Abrams.

Other states Youngkin is expected to visit includes New Mexico, Oregon, and Kansas — all states where Republican challengers are looking to knock off incumbent Democrats. The party is particularly focused on Nevada, where Lombardo, the Clark County sheriff, is looking to unseat Democratic Gov. Steve Sisolak.

“I am looking forward to hitting the trail over the next two months to help great Republican candidates like Sheriff Joe Lombardo flip blue states red,” Youngkin said in a statement, adding: “We saw a movement start in Virginia last year. I can’t wait to bring the spirit of Virginia to these states and keep that momentum going.”

The 55-year-old governor rose to national prominence last year, when he scored an upset win in a state that has become reliably Democratic. Youngkin, a former private equity executive, made inroads in suburban areas that have drifted away from Republicans nationally by focusing on issues including Covid restrictions and public education, and his win immediately set off speculation he would join the ranks of possible 2024 contenders.

Youngkin is also making appearances at high-profile conservative events: He recently attended a conference hosted by the American Enterprise Institute in Wyoming’s Jackson Hole, and he is slated to make an appearance at an upcoming gala being held by Susan B. Anthony List, an organization that opposes abortion.

Youngkin has not denied interest in waging a presidential bid, and he dodged a question about his intentions while campaigning for Virginia Republicans over the weekend.

“My focus is on 2022,” Youngkin told WJLA, the Washington, D.C.-area ABC affiliate. “Twenty-twenty-four is a long way off…We’ve got a giant agenda the rest of this year and into next year, and 2024 will happen when 2024 gets here.”

Youngkin joins a host of would-be Republican presidential candidates who are crisscrossing the country for midterm candidates, enabling them to forge alliances and earn chits that could pay off down the line. Florida Gov. Ron DeSantis, who is widely seen as a leading potential contender, has also launched a campaign push for Republican gubernatorial hopefuls, stumping recently in Arizona and Pennsylvania.

Youngkin, who under state law cannot run for reelection in 2025, has focused much of his campaigning in Virginia, bolstering an array of state legislative candidates and a handful of congressional hopefuls.