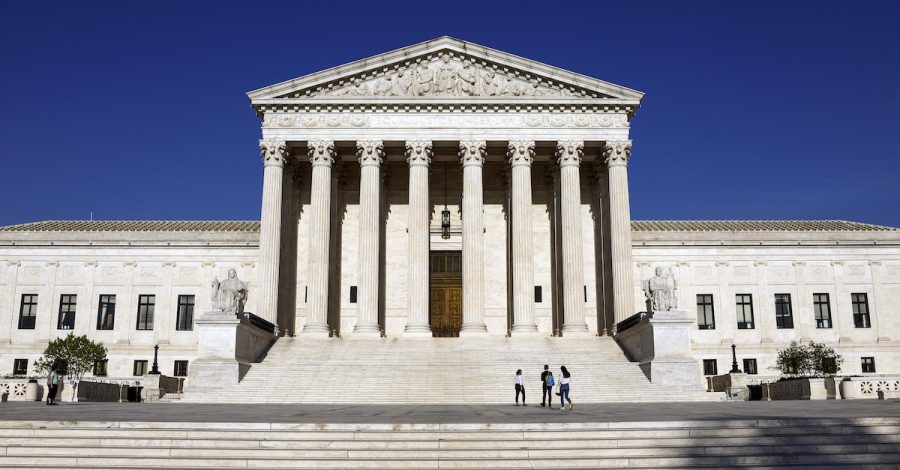 The U.S. Supreme Court on Monday morning declined to take up a case where a group of voters sued a private and prominent voting machine company under the statute that authorizes federal civil rights lawsuits to be filed against government agents and state actors.

The lead plaintiff in the case, Kevin O’Rourke, has tried and failed to represent a class of eight people from five different states, seven of whom voted during the 2020 election. One of them, Neil Yarbrough, is identified as a “disgruntled voter” who did not vote.

The underlying claims are based on a conspiracy theory that “hundreds of thousands of votes” were switched in the 2020 presidential election “as a result of the systemic and widespread exploitable vulnerabilities” in software used by Dominion’s voting systems. Moreover, the original lawsuit claims Dominion’s voting systems are “intentionally and purposefully designed with inherent errors to create systemic fraud and influence election results.”

In the petition for writ of certiorari, Michigan-based attorney Ernest J. Walker wrote that his clients later filed an amended lawsuit, which “further details their factual allegations against Dominion, which included averments concerning the unconstitutional adjudication process integral to Dominion’s voting systems.”

A basic tenet of U.S. civil law, however, is that constitutional claims typically only apply to state action. In other words, a lawsuit alleging that a private actor violated the U.S. Constitution is likely to fail. For example, the right to free speech under the First Amendment is based on a command that the government, generally, cannot abridge speech. To continue the example: private companies, like social media companies, have no obligation to allow free speech.

On occasion, courts have “found state action present in the exercise by a private entity of powers traditionally exclusively reserved to the State,” as the petition notes, citing Supreme Court precedent.

“The issue is whether citizens seeking retroactive relief under § 1983 have standing to sue private persons engaged in state action,” one of the three questions presented in O’Rourke’s petition explains – referring to the federal civil rights lawsuit statute. “The answer seems so obviously in the affirmative that review would be unnecessary.”

The filing goes on to complain that the U.S. Court of Appeals for the Tenth Circuit “carved out an exception” by characterizing the underlying lawsuit as a “generalized grievance which a court has no jurisdiction to resolve” which was only possible by “misstating” the “claims as brought on behalf of others, or society, in general.”

Successively, at each level, federal courts dismissed the O’Rourke lawsuit for lack of jurisdiction because the plaintiffs had no standing to sue. Their claims, each court said, were essentially just about how the government operates in general. Additionally, the courts said, the plaintiffs only alleged an abstract harm to voters, generally.

Here, the failure of the lower courts to distinguish a case brought against a state for injunctive relief from one for retroactive relief against private persons engaged in state action resulted, not only in dismissal, but in sanctions against the attorneys who respectfully sign this petition. The rights of citizens, individually and as a class, to file a complaint against giant private persons who violate the rights of millions has been stripped by the decision of the 10th Circuit. Thus, this case is of great national importance.

The theory of standing advanced by the petitioners is premised on the right to vote and “other attendant rights that apply.”

“Private persons cannot administer elections,” the petition argued. “Elections are the exclusive duty of the states—and are the fabric of the country and all her people. In that regard, registered voters have a federal right to vote for the president of the United States. A presidential election is the only national election that the people enjoy. A right, so precious, that if a private company comes along and starts burdening that right, those companies anticipate their liability.”

There is no evidence that Dominion Voting Machines, Smartmatic, or any other voting machine company switched any votes favoring former President Donald Trump to then-candidate Joe Biden. Several media entities and pro-Trump figures who falsely alleged otherwise have been sued for defamation, with Dominion and Smartmatic seeking billions in damages. Unlike the claims of the conspiracy theorists, Dominion and Smartmatic’s lawsuits survived dismissal.

This case involves the United States. Citizens of the United States pledge allegiance to the flag of one nation, indivisible. The right to vote for the presidency of that Union is the property of Petitioners, and others similarly situated. The right to cast a meaningful vote for the President of the United States is sacrosanct. As stated by Petitioners’ counsel at the hearing on the motions to dismiss, “we fight wars over this.” Such is the sentiment in all the affidavits—essentially mocked by the district court in its recitation of facts. If the voters, in their individual capacity or as a class, do not have standing, who does?

But each of the lower courts thoroughly rejected that argument.

And on Monday, the Supreme Court did as well.