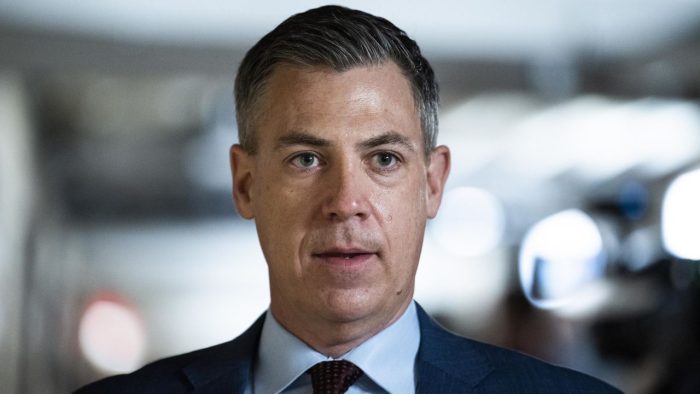 Oh brother, another right wing lunatic and seditious insurrectionist fruitcake trying to leave the house and run for the senate based on the scary radical Biden agenda. And a Navy veteran no less. First Ronny Jackson, and now this fuck-stick. What is going on in the Navy?

I’m beginning to forget about thanking them for their service, and instead just telling them to go fuck themselves and their service if this is what they are producing in the military. Hey, I hope your ship sinks pal, and since your the last guy to leave I hope you fucking go down with the ship you seditious piece of insurrectionist shit.

Indiana GOP Rep. Jim Banks announced on Tuesday that he is running for US Senate, seeking the seat left open by outgoing Republican Sen. Mike Braun, who is running for governor.

“We NEED conservatives in Washington who aren’t afraid to fight Biden’s radical agenda. That’s why I am running to represent our great state of Indiana in the United States Senate,” Banks wrote in a tweet Tuesday morning.

Banks, a Navy veteran and conservative who just won his fourth term in the House, is the first to enter what could be a crowded and competitive GOP primary for the open Senate seat in a reliably red state. The Club for Growth has already started attacking one of his potential rivals, former Gov. Mitch Daniels, launching a 60-second digital ad last week.

Banks was first elected to the House in 2016 to represent Indiana’s 3rd Congressional District.

In the House, he was a member of the Armed Services Committee and the Committee on Education and the Workforce.

Banks was also one of then-House Minority Leader Kevin McCarthy’s Republican nominees to serve on the January 6 House select committee, but he was ultimately rejected by then-Speaker Nancy Pelosi due to Banks’ decision to object to the certification of the 2020 presidential election results.

In his Senate bid announcement, he touted his service record as an Afghanistan veteran. “I was proud to defend America then and today I’m just as proud to fight for our conservative Hoosier values in Congress,” Banks said.