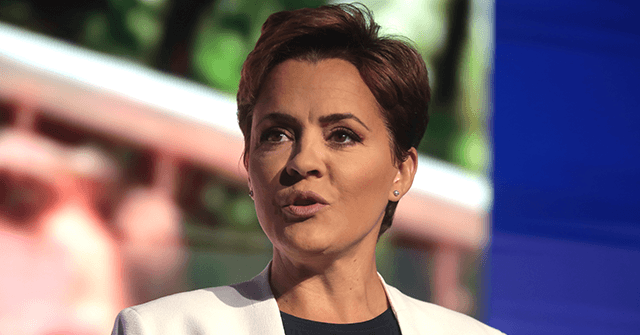 Arizona gubernatorial candidate Kari Lake called for repealing the Affordable Care Act at a campaign event on Monday, bringing up an issue all but forgotten by her Republican Party.

“We need a red wave, and we need to overturn Obamacare and come up with something better,” Lake said at a campaign event in Scottsdale. Her comments drew no audible reaction from the crowd.

“They were going to do that, remember? And one of our old Arizona senators went in late at night and gave the old thumbs down. We’ll never forget that,” she added, referring to the late Republican Sen. John McCain’s vote against repealing the law.

Most Republicans have abandoned their decade-long quest to repeal the Affordable Care Act, otherwise known as Obamacare. None of the GOP’s Senate candidates are running on overturning the law, nor have they spoken about it on the campaign trail.

Arizona expanded Medicaid under Republican Gov. Jan Brewer in 2013, embracing a key part of Obamacare and covering vulnerable Arizonans who otherwise couldn’t afford health insurance. It’s unclear whether Lake also supports repealing the Medicaid expansion in her state. A request for comment from her campaign had not received a response as of late Tuesday.

Lake is running against Democrat Katie Hobbs in the race to be the next governor of Arizona. FiveThirtyEight’s polling average shows Lake leading by 3 percentage points with a week to go before the election.