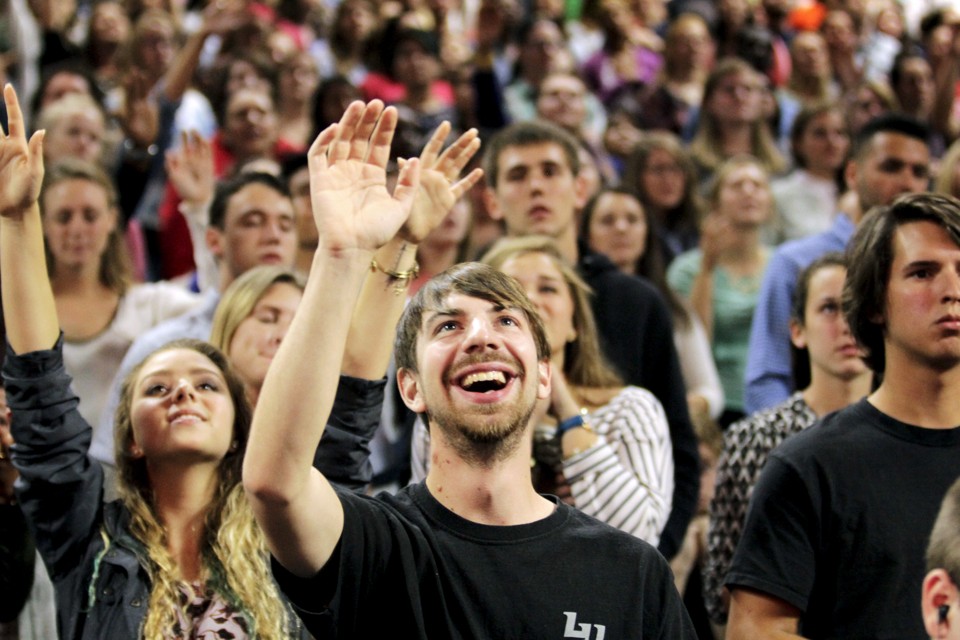 The reshaping of the two parties’ coalitions under the blast-force pressure of Donald Trump’s iconoclastic candidacy may reach unprecedented heights in 2016, the first polls released after the GOP convention suggest.

National surveys released on Monday by CBS and CNN/ORC show the gap between the preferences of whites with and without a college education in the 2016 presidential race soaring to a level unmatched in any recent election. In both surveys, Donald Trump has opened a commanding lead over Hillary Clinton among whites without a college degree. But even after Trump’s own convention, the two surveys show him running no better than even, or slightly behind, among whites with at least a four-year degree.

Polls conducted immediately after one party’s convention have had only limited success at predicting the final result in November. With only a few exceptions (like Bob Dole in 1996, George H.W. Bush in 1992, and George McGovern in 1972), candidates usually lead (or essentially tie) immediately after their own conventions.

But, by definition, many of those candidates have gone on to lose: John McCain in 2008 and Michael Dukakis in 1988 led in the polls immediately after their conventions and suffered resounding defeats. Mitt Romney in 2012 and John Kerry in 2004 essentially reached a tie in the polls following their convention before enduring more narrow losses. Even Walter Mondale caught Ronald Reagan in some polls following the 1984 Democratic convention—before suffering one of the most lopsided landslide defeats since World War II. Likewise, Jimmy Carter edged ahead of Reagan after the Democratic convention in 1980 before also suffering a landslide loss.

But whatever the ultimate predictive value of the post-GOP convention polls, they make a powerful case that the proceedings there, capped by Trump’s speech, struck a powerful chord with working-class white voters—while generating a cooler response with the other two large blocks of voters, white-collar whites and minorities.

The CNN/ORC poll found Trump vastly expanding his advantage among whites without a college education, while actually losing ground among those holding at least a four-year degree. In their last survey immediately before the Republican convention, Trump led Clinton among non-college-educated whites by 20 points; that advantage roughly doubled to 39 percentage points in the new survey. But while Trump and Clinton tied among college whites in the last CNN poll before the GOP convention, the new survey found her leading among them by five percentage points.

Among minority voters, CNN/ORC showed Clinton leading by 69 percent to 23 percent, which would represent an improvement for Trump relative to Mitt Romney in 2012. But the CBS poll showed him trailing with voters of color by 73 percent to 14 percent, which would place Clinton on track to slightly expand even on President Obama’s formidable margin with them in 2012.

From 1952 to 1980, every Democratic nominee, ran better among whites without a degree than whites holding one.

That’s a much bigger tilt toward white-collar whites than exit polls have recorded for any previous Democrat. As I wrote in May, no Democratic presidential candidate in the history of modern polling dating back to 1952 has ever carried most college-educated whites. From 1952 to 1980, every Democratic nominee, in fact, ran better among whites without a degree than whites holding one. In 1984, Mondale ran slightly better with college-educated than non-college-educated whites and then Dukakis and Bill Clinton drew almost exactly the same support among both groups in the next three elections.

Starting in 2000, each Democratic nominee has performed better with college- educated than non-college-educated whites; the largest gap was recorded in 2008, when the exit polls showed Obama running seven points better among white-collar than among blue-collar white voters. With Trump dominating among non-college-educated whites, and lagging among those with degrees, the class inversion could widen even more this year.

Among those without degrees, he said, “Their economic struggles may be exacerbated by what is a new and changing economy in ways that they are not yet hearing the full discussion in this campaign about who will really help people who feel in many ways left behind…I think Bill Clinton did a very good job of addressing those voters in the 90s. Hillary Clinton did when they were in Arkansas. They will speak to these voters as we go forward. Hillary Clinton certainly will. We want to get those voters, we believe we can.”

But, Benenson added, “we also believe … when we look at the totality of where we are, you emphasize what’s the issue with non-college, but you’re also not talking about the fact that the college voters on the flipside right now we’re going better than any Democrat has ever done … So, is there something else driving it? I think there is possibly, that maybe those folks are a little more afraid and little more anxious, and there’s something that Trump is saying that’s appealing to that, that is playing on that.”

By a margin of 60 percent to 34 percent, whites without a degree said Trump’s ominous acceptance speech “reflected the way you, personally, feel about things in the United States today.” But a narrow majority of college-educated whites said it did not. Even more emphatically, two-thirds of voters of color said the speech did not reflect their assessment of America today. And while 56 percent of non-college-educated whites said the speech made them more likely to vote for Trump, a plurality of college-educated whites (48 percent) and a significant majority of minorities (60 percent) said it made them less likely to support him.

Geoff Garin, the chief strategist for Clinton’s 2008 primary campaign and a pollster this year for the pro-Clinton Priorities USA Super PAC, said at the forum, that Trump’s combative views on cultural issues and diversity are driving away some college-educated voters who usually lean toward the GOP on economic issues—even as they may be luring more blue-collar whites.

“College whites…on some issues, are more inclined to be Republicans, but Donald Trump, in terms of these questions of what kind of country we want to be and his rejection of America’s diversity I think is offensive to a lot of college-educated white voters, as well as his lack of qualifications to be president,” Garin said “And I think that they’re also…they’re the most news attentive part of the electorate, they’re much more aware of what he said about national security issues, they’re very worried about all of that.”

Nearly three-fifths of non-college-educated whites said they would be “proud” with Trump as president.

Democrats have struggled among non-college-educated whites for years, but have won the popular vote in five of the past six presidential elections anyway by improving their performance among white-collar whites and maintaining their dominance among non-white voters. Data from both the media exit polls and the Census agree that both of those latter groups are growing as a share of the electorate, while the blue-collar whites are declining (though the Census gives them a larger remaining share than the exit polls).

Still the possibility that Trump could further expand even the usual Republican margins among working-class whites has led many Democrats to the grudging conclusion that the race could be more competitive than they originally expected-or hoped. As much by necessity as preference, Democrats this year are increasingly placing their hopes on maximizing their margins and turnout among the “coalition of the ascendant”-the minority, Millennial and college-educated, single and secular whites (especially women) at the core of their modern coalition.

“Non-college-educated whites have historically voted at very high rates for the Republican candidate, so I wouldn’t make a huge issue out of that, and also the percentage who are in their category’s not necessarily growing,” Matt Barreto, co-founder of the polling firm Latino Decisions, said at the Atlantic forum. “We know that where the percentages are growing are in the groups that the Democrats have been doing well with—single people, unmarried women, blacks and Latinos, Asian Americans, secular Americans, etc. And, in fact, white college-educated are also growing…You still can point to this one segment, non-college educated whites, and the gap may be larger, but I don’t think it’s the big story.”

Given the stark racial and class polarization evident in reactions to Trump and Clinton, the Democratic pollster Cornell Belcher said at the forum the pivotal factor in November may be whether Democrats can generate high turnout among their new coalition, especially non-white voters.