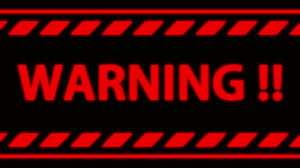 Funny how this symbiotic relationship with the RNC and Trump works. It’s like a bad marriage. Trump does something stupid and the wife at the RNC says if you do it again I’ll stop paying the mortgage. This threat has been ongoing for awhile, so it’s no real surprise for Trump or anyone else. The RNC supports Trump 110 percent, and if Trump decided to run for President, they will still pay his bills. If they don’t, Trump will sick the base on them like he did on January 6th and they will capitulate as always.

Republican leaders who worry that Donald Trump could hurt their midterm chances by announcing a presidential run too soon are hoping he’ll be dissuaded from doing so by the prospect of losing hundreds of thousands of dollars in legal payments, according to an RNC official.

Since October 2021, the Republican National Committee has paid nearly $2 million to law firms representing Trump as part of his defense against personal litigation and government investigations.

But an RNC official told ABC News that as soon as Trump would announce he is running for president, the payments would stop because the party has a “neutrality policy” that prohibits it from taking sides in the presidential primary.

In January, RNC Chair Ronna McDaniel said, “The party has to stay neutral.”

“I’m not telling anybody to run or not to run in 2024,” she added. However she has since reaffirmed that Trump “still leads the party.”

RNC officials would not comment on the record for this story. Representatives for Trump also declined to comment.

This isn’t the first time that legal bills have been seen as possible leverage over Trump.

According to the book “Betrayal: The Final Act of the Trump Show,” by ABC News Chief Washington Correspondent Jonathan Karl, in the final days of Trump’s presidency, Trump told McDaniel he was leaving the GOP and creating his own political party — only to back down after McDaniel made it clear to Trump that the party would stop paying his legal bills for his post-election challenges and take other steps that would cost him financially.

Both Trump and McDaniel have denied the story.

According to the RNC’s most recent financial disclosure to the Federal Elections Commission, from October 2021 through June of this year, the RNC paid at least $1.73 million to three law firms representing Trump, including firms that are defending him in investigations into his personal family business in New York. Last month alone, the RNC paid $50,000 to a law firm representing Trump in June.

The latest tally tops the $1.6 million maximum figure that the Republican Party’s executive committee reportedly voted to cover for Trump’s personal legal bills during an RNC meeting last year, a figure that The Washington Post, which first reported on the agreement in December, wrote could increase further with the party executive committee’s approval.

The RNC reported payments to law firms representing Trump as recently as mid-June, indicating the party leadership’s unfettered support for the former president and heightening critics’ concerns about the party’s neutrality ahead of the 2024 presidential primary season.

“I don’t think there’s been any effort” by the RNC to remain neutral, longtime Republican donor and Canary LLC CEO Dan Eberhart told ABC News. “This is a symbiotic relationship.”

“The RNC needs Trump or Trump surrogates or Trump’s likeness to raise money, and Trump wants them to continue paying his bills and be as pro-Trump as possible,” Eberhart said. “So neither is in a hurry to cut the umbilical cord.”

The RNC has continued to fundraise off of Trump’s name in its emails to supporters, touting a so-called “Trump Life Membership,” boosting his social media platform, and, most recently, promoting Trump’s first visit to Washington, D.C., since January of last year. Other potential 2024 presidential candidates and key party figures like former Vice President Mike Pence and Florida Gov. Ron DeSantis have not received the same spotlight as Trump, experts say.

Eberhart said the current relationship between Trump and the RNC is putting other potential 2024 presidential candidates at an “absolute disadvantage.”

“Other Republican candidates seeking the Republican nomination for president have good reason to worry that the party apparatus is rigged against them in its unwavering support for Trump,” echoed Craig Holman, government affairs lobbyist at the progressive government-watchdog group Public Citizen.

“By paying Trump’s extensive legal bills, the RNC is indirectly helping finance the Trump campaign,” Holman said. “And given the history of the RNC zealously defending Trump, other Republican candidates should expect that they are not just running against Trump, they are also running against the Republican Party.”

Eberhart said “it’s an open secret” within the Republican Party that “nobody wants Trump to announce his candidacy until after the midterms.”

“Everyone thinks it’ll scramble the midterms and we could potentially destroy the advantage we have” if Trump would announce too early, Eberhart said. “It makes Trump more relevant and gives the Dems potentially a way to reset the race.”

RNC spokesperson Emma Vaughn, who declined to comment on the RNC’s recent legal payments to firms representing Trump, had previously told ABC News that “as a leader of our party, defending President Trump and his record of achievement is critical to the GOP.”

“It is entirely appropriate for the RNC to continue assisting in fighting back against the Democrats’ never-ending witch hunt and attacks on him,” Vaughn told ABC News in January, in response to questions about the party’s earlier legal payments for Trump.

The Republican Party committee has described the legal payments for Trump as support for the former president against political attacks against him. But at least two of the three firms that have been paid on behalf of Trump are involved in legal work on behalf of the former president regarding investigations against his personal businesses by the New York attorney general and Manhattan district attorney.

Although both officials are Democrats, they have both said their probes are not politically motivated.

The RNC is reportedly not covering Trump’s legal bills related to the House special committee’s investigation into the Jan. 6 attack on the Capitol. But as previously reported by ABC News, Trump’s leadership PAC, Save America, and his presidential committee-turned-PAC Make America Great Again PAC have been footing legal bills for witnesses involved in legal battles related to the events of Jan. 6, which has raised concerns about witness coercion from Jan. 6 committee members and legal experts.

Holman, the watchdog group lobbyist, said regulations that would govern legal expense funds for executive branch officials and candidates have been proposed to the Office of Government Ethics. Among the proposals are regulations that would enforce contribution limits, prohibit certain funding sources, and require the full disclosure of where money comes from and how it is spent.

“Until OGE finalizes these rules, however, Trump and the RNC legally can do almost whatever they want to pay for Trump’s legal woes and largely evade meaningful disclosure of the sources and expenditures of these funds,” Holman said.