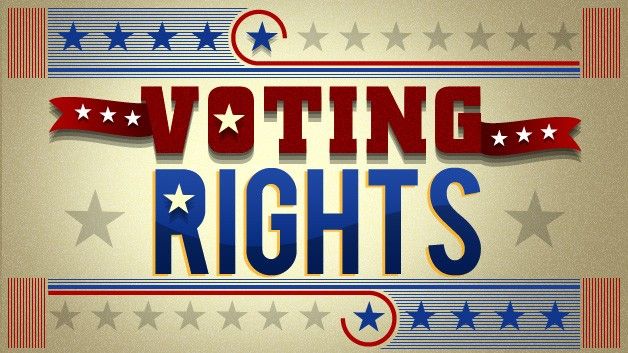 [lead]Is Illinois the next state to deal with “voter suppression”? Maybe, depending how you look at it. [/lead]

You may know that a conservative group filed a federal lawsuit last week to stop Illinois’ election-day voter registration law from being carried out this November. The group’s top expert in the case is probably best known for his vigorous defense of Wisconsin’s controversial voter ID law, which was declared unconstitutional by a federal judge last month. Requiring voters to produce identification at the polls has often been ruled as an unconstitutional suppression tactic in numerous recent cases.

M.V. Hood III, a political science professor at the University of Georgia, is consulting on the new case for the Illinois Policy Institute’s legal arm, the Liberty Justice Center. The lawsuit argues that since Illinois only requires in-precinct voter registration on election day in counties with populations over 100,000, it should be struck down for violating the constitutional equal protection rights of people in the other counties. Under state law, counties under 100,000 population must have a same-day voter registration process, but they are allowed to have only one central registration/voting location.

Not all, but most of the legislative Democrats targeted for defeat this year are in counties of over 100,000 people where same-day in-precinct registration is mandatory. Same-day registration certainly gives them an advantage in those counties because Democrats generally have a much better “ground game” than the Republicans. They have far more foot soldiers and a system to get people to the polls at the last minute.

But if the entire same-day registration law is enjoined for this cycle, as Hood and the Illinois Policy Institute want, the ruling would undoubtedly have a negative impact on Democrats in every single contested House and Senate race in the state.

Gov. Rauner has supported same-day registration in the past, but he has contributed hundreds of thousands of dollars to the Illinois Policy Institute, although everybody denies any current direct involvement. Even so, the Institute’s director, John Tillman, maintains very close ties to Rauner, is said by GOP insiders to be assisting Rauner with his messaging and was videoed walking out of a recent Chicago term limits press conference with the governor.

Hood was a witness for Wisconsin this year as the Republican-controlled state attempted to fend off an attempt to declare its voter ID law unconstitutional. He claimed he knew of no reason why the state’s requirements to provide proof of identification in order to vote “will have a detrimental impact on the ability of Wisconsin voters to cast a ballot, including minority voters,” according to a May 26th Wisconsin State Journal article.

But on July 29th, U.S. District Judge James Peterson declared, “To put it bluntly, Wisconsin’s strict version of voter ID law is a cure worse than the disease” and ordered the state to supply voters with ID cards within 30 days. Earlier this year, the former chief of staff to a Wisconsin GOP state senator alleged that Republican senators were “giddy” during a private caucus meeting “and literally singled out the prospects of suppressing minority and college voters” with a voter ID law.

Hood has also defended Georgia’s voter ID requirements, saying that while it did suppress turnout, he could find “no empirical evidence to suggest that there is a racial or ethnic component to this suppression effect.”

But state Rep. Christian Mitchell (D-Chicago) took to Twitter to repeatedly denounce the Illinois Policy Institute’s lawsuit as an attempt at “voter suppression,” similar to what happened in Wisconsin. Mitchell, an African-American legislator who strongly supported the same-day bill, claimed that, after “defending Rauner ‘budgets,'” the conservative think tank is “now doing his dirty work of voter suppression.” The group responded by repeating its legal claim that the law violates the US Constitution’s Equal Protection Clause.

This is, without a doubt, the single most fascinating year for Illinois politics in my lifetime. And it’s only going to get weirder as every single trick in the book is played – and maybe some that aren’t even in the book.